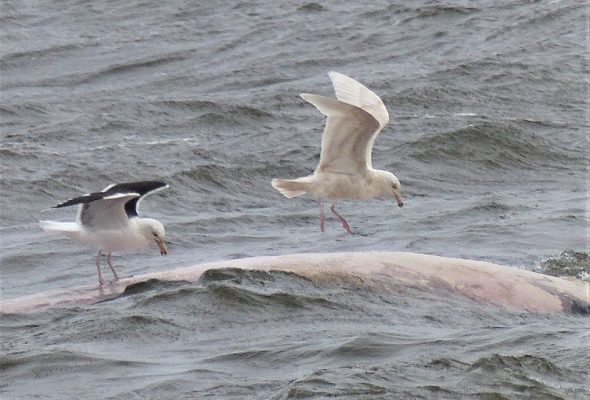 One Little Auk was found dead today on a footpath along the Strand Line, Kilkee. (John N Murphy)
One first-winter Glaucous Gull, one second-winter Iceland Gull, one Jack Snipe, 250 Golden Plover and 15 Purple Sandpipers were at the Bridges Of Ross. (JNM)
There was one first-winter Iceland Gull at Quilty. (JNM)
Two second-winter Glaucous Gulls were at Liscannor. (Nick Larter)
One Merlin was at Loop Head while a flock of 150 Snipe were in Kilbaha Harbour. (JNM)