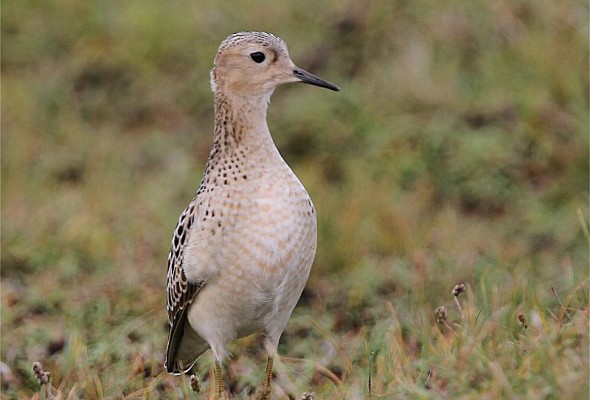 This morning a Buff-breasted Sandpiper flew in off the sea at the Bridges of Ross and then headed west (Keith Langdon, Niall T Keogh, Dave Farrow & Reg Land). Five more juvenile Buff-breasted Sandpipers were found together on the Fodry Loop Head. There were also 14 Lapland Buntings on the headland.
Off the Bridges of Ross there were three Sabine’s Gulls, seven Arctic Skuas, eight Bonxies, 27 Common Scoter, 54 Arctic Terns, 35 Sooty Shearwaters, 26 Brent Geese, six Sandwich Terns, one Puffin and three Storm Petrels.
Off Loop Head there 13 Sooty Shearwaters, seven Sandwich Terns, 17 Arctic Terns and two Arctic Skuas.
There were 13 Crossbills at Darragh.