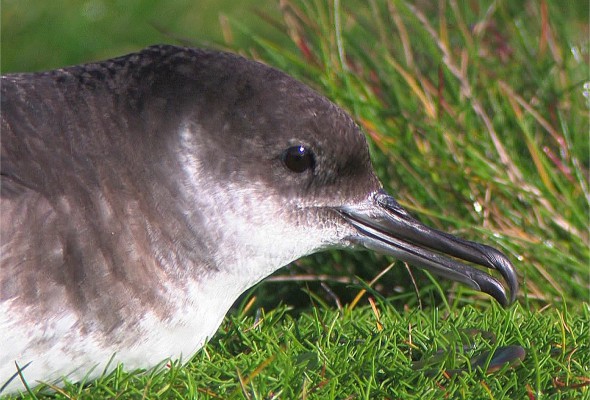 One Wilson’s Storm Petrel was off the Bridges of Ross this morning in view for over 50 minutes (Noel & Niall T Keogh & Joe Adamson). Also at the Bridges today were one Great Shearwater, one Balearic Shearwater, 494 Sooty Shearwaters, 300 Manx Shearwaters, 63 Storm Petrels, one adult Long-tailed Skua, 28 Great Skuas (Bonxie), 3 pale phase Pomarine Skuas, 20 Arctic Skua, 33 Sabine’s Gulls: 32 Sandwich Terns, 126 Arctic Terns, 17 Common Scoters, one Puffin, seven Whimbrel and one Bar-tailed Godwit.
Three Sunfish were also noted off the Bridges of Ross.
Off Finvarra Point in North Clare there were 24 Storm Petrels, one Bonxie. one Arctic Skua, one Grey Phalarope and 20 Brent Geese were at Ballyvaughan Bay.
One Manx Shearwater was found storm wrecked in a garden at Shannon Town.