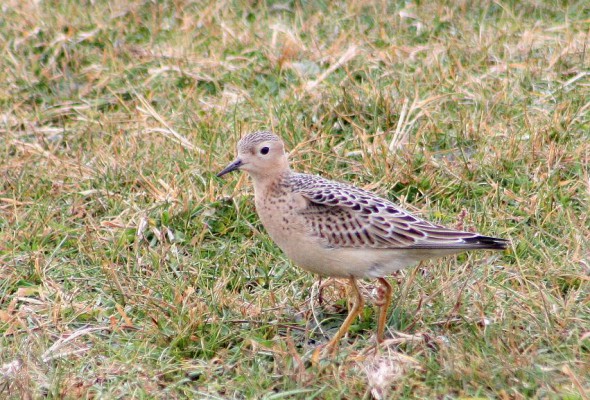 An amazing flock of 15 Buff-breasted Sandpipers were at the Fodry, Loop Head this morning, along with 12 Lapland Buntingsand 13 Black-tailed Godwits flew past the headland. There was also a first-winter Yellow Wagtail near the Lighthouse.
At the Bridges of Ross today there was one adult Long-tailed Skua, 48 Sabine’s Gulls, one Balearic Shearwater, 16 Sooty Shearwaters, six Storm Petrels, five Bonxies, one Pomarine Skua, ten Arctic Skuas, a juvenile Little Gull, 14 Sandwich Terns, 140 Arctic Terns, 16 Common Scoter, ten Brent Geese, four Red-throated Divers, one Black Guillemot and five Whimbrel.