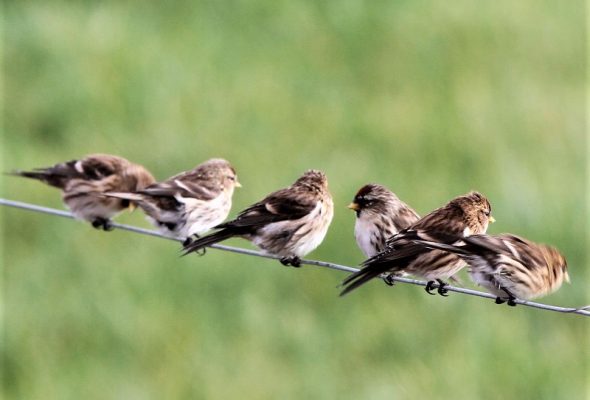 At least three Mealy Redpolls were seen in a flock of Lesser Redpolls on the Limerick side of the county boundary at Fort East, north of Charleville.(John N Murphy).
Two Buzzards and a male Merlin were also seen in the area.(JNM)
Buzzards were also seen at Rosbrien and Bunliickey.(JMN)