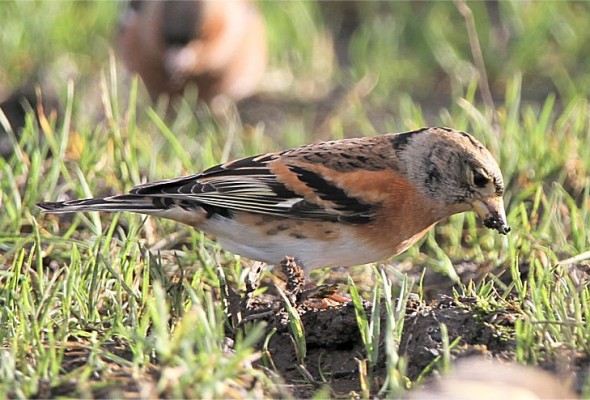 One drake Surf Scoter was still at Lahinch (Jeff Copner).
At Loop Head today there were two Bramblings, one male Crossbill, one male Hen Harrier, one Peregrine, one first-winter Mediterranean Gull, one adult Arctic Tern, four Chough and one Chiffchaff.
Off the Bridges of Ross there were 1,000 plus Kittiwakes, 500 auks including two Puffins, one Red-throated Diver, six Wigeon, one Purple Sandpiper and one female Pochard.
A small flock of 11 Purple Sandpipers were at Kilkee.
A group of 15 Whooper Swans were just outside Kilkee near the Reservoir.
One female/immature Long-tailed Duck and a Curlew Sandpiper were at the White Strand, Doonbeg.
There were 17 Purple Sandpipers and 60 Sanderling at Seafield, Quilty.