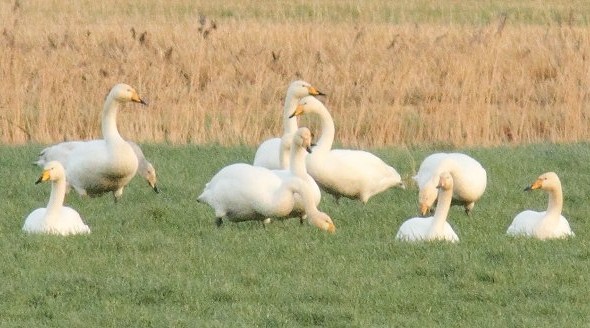 There was 53 Whooper Swans, 22 Greylag Geese, 470 Lapwing and ten Dunlin at Shannongrove, Pallaskenry.

Like many wildfowl species this migratory Greylag Goose flock has dwindled in size over the past century. It was thought to have 500 to 1000 birds in the late nineteenth century. Numbers had reduced to 110 birds by 1986. The current flock size is not certain as the birds frequent a number of sites on both sides of the estuary. The situation is complicated further by the possibility of additions from the large feral flock resident in the Limerick City wetlands.