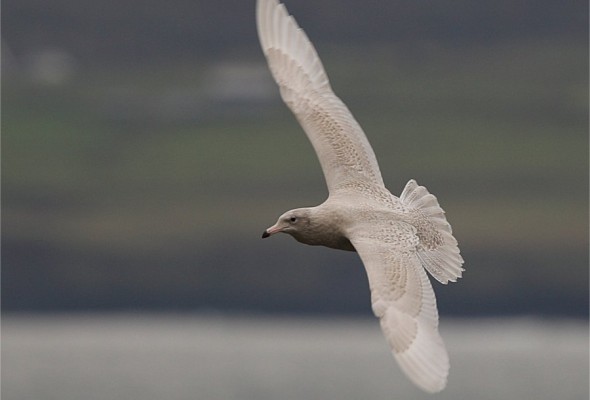 The Tundra Bean Goose and three Pink-footed Geese were still at Sandfield, Liscannor (John N Murphy & Finbarr MacGabhann).
The other Tundra Bean Goose was back at Lough Muchanagh (Dave McNamara), along with 28 White-fronted Geese, 68 Greylag Geese and a male Hen Harrier.
A female Velvet Scoter was off the Rine, Ballyvaughan.
One first-winter Glaucous Gull was at Liscannor Harbour, along with four Ravens, 30 Sanderling, 50 Dunlin and 12 Brent Geese.
A small party of 12 Barnacle Geese were on Mutton Island.
There were 16 Brent Geese at Clahane.
A flock of 110 Whooper Swans were in a flooded field near Lough Cullaun, the Burren.
One Woodcock was at Lough Inchiquin.