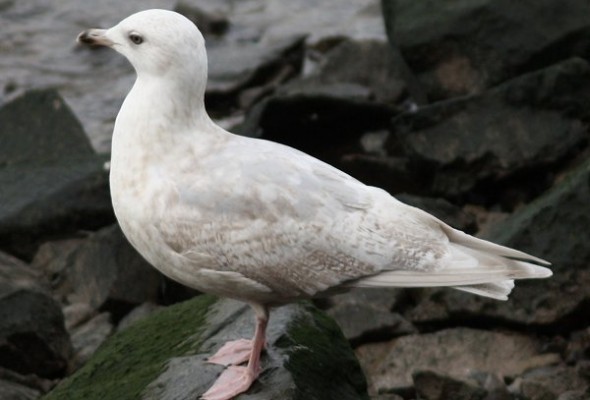 Two 2nd winter Iceland Gulls were at Harvey’s Quay today. One of the birds, showing darker wing and tail features than typical Iceland Gulls of the same age, was initially thought to have been the Kumlien’s sub-species of Iceland Gull (Larus glaucoides kumlieni). However some conflicting plumage details suggest it is best described as Iceland Gull with any sub-specific classification. The second bird present is thought to be the same bird found originally in the City in January.
A Barn Owl was seen near Hospital.
A late record of a probable Buzzard seen two weeks ago near Herbertstown was also reported today.