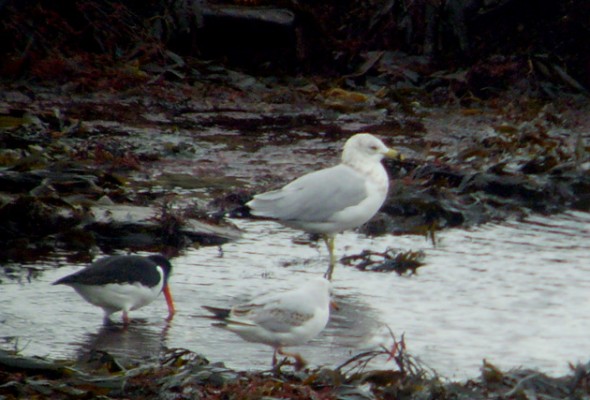 One adult Ring-billed Gull was on the beach at south end of Lahinch (Richard Bonser, Alan Clewes and Oliver Staines).
There was also five Great Northern Divers and 120 Common Scoter on Liscannor Bay.
At Seafield there were 500 Dunlin, 500 Sanderlings over 100 Purple Sandpipers and 15 Bar-tailed Godwits.
On nearby Mutton Island a flock of over 150 Barnacle Geese were seen.