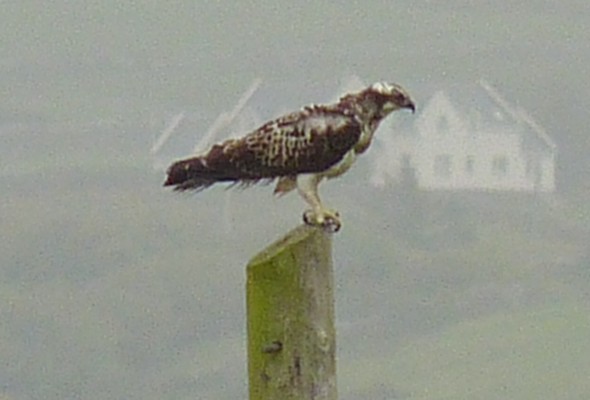 A juvenile Osprey was at Lahinch Marsh this evening (Geoff Pearson et al).
A Garden Warbler was at Loop Head.
Off the Bridges of Ross there were 35 Sooty Shearwaters, ten Storm Petrels, 23 Bonxies, four Pomarine Skuas, three Sabine’s Gulls (1 adult & juveniles, five Puffins and 41 Light-bellied Brent Geese.
Three Arctic Skuas were at Seafield.
One Bonxie and one Storm Petrel were off Hags Head.
One Peregrine and one Kingfisher were also at Lahinch Marsh.
One Peregrine was at Kilcornan, Ennistymon.