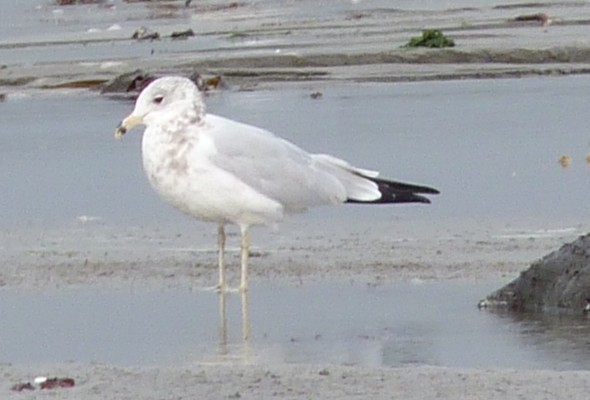 The Opsrey was feeding at Lahinch Marsh (Dave McNamara).
There were three Grey Phalaropes, three Bonxies, four Arctic Skuas, one Leach’s Petrel, four Common Scoter and a Great Northern Diver at Black Head.
At the Bridges today there was one Balearic Shearwater, 87 Sooty Shearwaters, 700 Manx Shearwaters, 13 Leach’s Petrels, three Common Scoter, 39 Pale-bellied Brent Geese, four Red-throated Divers, one Great Northern Diver, 23 Bonxies, one dark adult Pomarine Skua, 17 Arctic Skuas, two juvenile Long-tailed Skuas, nine Arctic Terns, 12 Sandwich Terns, two Grey Phalaropes and four Puffins.
At the Rine, Ballyvaughan, a flock of seven Pink-footed Geese flew across the bay towards Bishopsquarter.
An adult Ring-billed Gull was at the south end of Seafield beach.
Also one peregrine was at Lough O Donnell, one peregrine was at Lahinch Marsh.
There were 30 Greylag Geese were at Lough Muchanagh.
A flock of 30 Wigeon were at Lough Murrey.