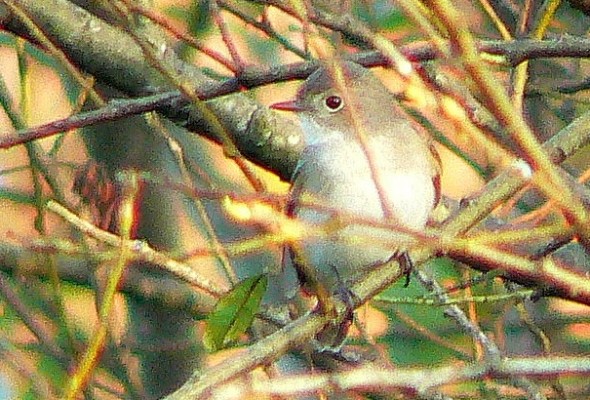 A Red-breasted Flycatcher was in Gibson’s garden, Loop Head (Neal Warnock).
The juvenile Buff-breasted Sandpiper was still at the Horse Field near the Bridges of Ross (Neal Warnock).
Also at Loop Head today were; one Lapland Bunting, one White Wagtail, two Manx Shearwaters, two Sooty Shearwaters, one Bonxie and one Arctic Skua.