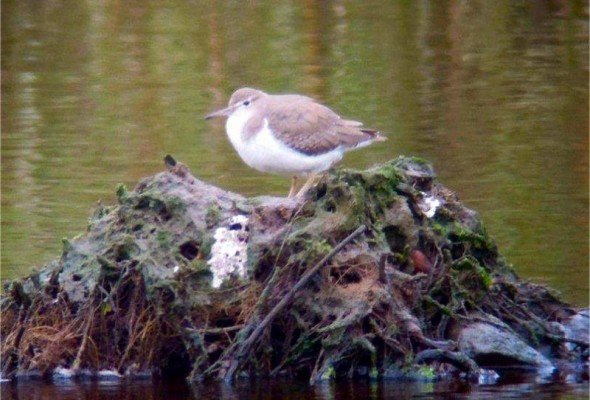 One of the juvenile Spotted Sandpipers at Moyasta © Barry Howell

The two juvenile Spotted Sandpipers were at Moyasta again today (Conor & Donal Foley).
At the Bridges of Ross this morning there were 11 Sooty Shearwaters, ten Manx Shearwaters, one Pomarine Skua, one Arctic Skua, one Bonxie, one Arctic Tern and two Common Scoters.
Two Chiffchaffs and a Merlin were on Loop Head.
The five Canada Geese were on the Post Office Field in Ennis.