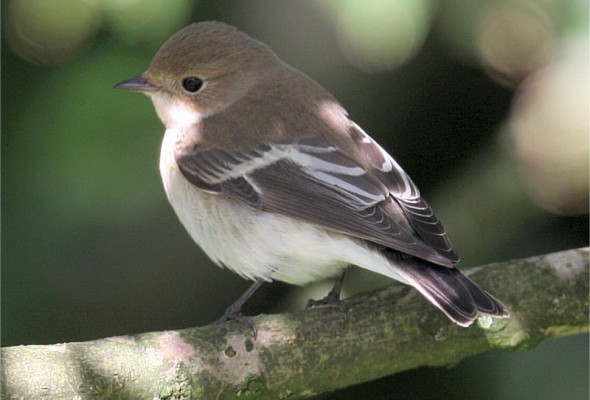 The two juvenile Spotted Sandpipers were still at Moyasta Creek today (John N Murphy & Brian Finnegan). Also at Moyasta were 12 Little Egrets, 12 Pintail, 400 Teal, 80 Wigeon, three Red-breasted Mergansers, 90 Dunlin, 70 Ringed Plover and nine Greenshank.
The juvenile America Golden Plover was at the Fodry, Loop Head (Dave McNamara).
A immature/female first-winter Surf Scoter was off Coolsiva Pier, Ballyvaughan Bay (Paul Troake et al).
One first-winter Pied Flycatcher was in Kilbaha along with four Chiffchaffs, one tree Sparrow, one Fieldfare, one female Hen Harrier and a Short-eared Owl near the lighthouse.
One Curlew Sandpiper was at Seafield, Quilty along with one female Wheatear.
One male Hen Harrier was near Lickeen Lake.
One Jay and one Dipper at Kilcornan, Ennistymon.