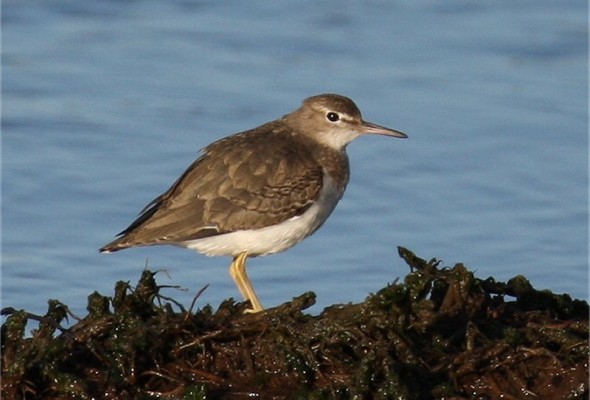 Two Spotted Sandpipers were at Moyasta this morning (Tom Tarpey, Jeff Copner & Howard Williams).
The American Golden Plover was at the Fodry, Loop Head along with one Greylag Goose (Tom Tarpey).
Also at Loop Head and Kilbaha were the Pied Flycatcher and two Chiffchaffs.
One adult-winter Mediterannean Gull was at Balyallia Lake.
One Kingfisher was at Ballycorrick Bridge.
A flock of 600 Golden Plover were on the mudflats at the Shannon Airport Lagoon.
A flock of 68 Tufted Duck, ten Gadwall and 62 Little Grebes were at Lough Gash, Newmarket-on-Fergus.