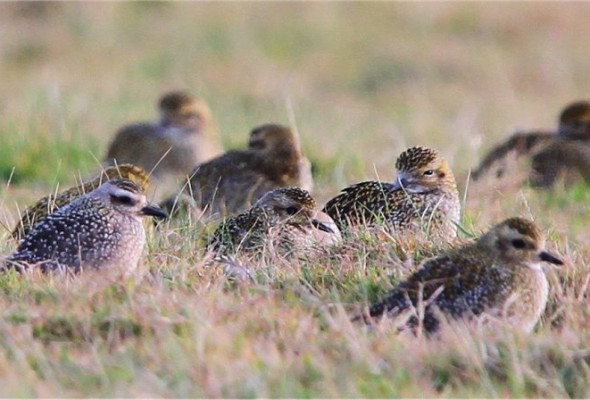 The juvenile American Golden Plover was in the Horse Field at the Bridges of Ross ( John N Murphy & Tony Mee).
At Loop Head today there was one Brambling, two Snow Bunting, two male Blackcaps, four Chiffchaffs, one Tree Sparrow, one ring-tail Hen Harrier, one Merlin, one Peregrine, one Siskin, four Coal Tits, 70 Chaffinches, 200 Golden Plover, 50 Redwing, three Great Northern Divers and ten Snipe.
At the Bridges of Ross there was a large passage of Kittiwakes late this evening along with three Red-throated Divers and three Common Scoter.