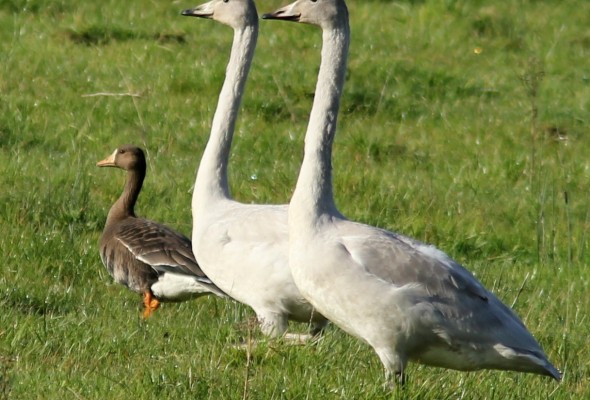 A White-fronted Goose was seen with a group of five Whooper Swans in a field on the Kildimo side of the Ferry Bridge (James Hayes).
A flock of 29 Whooper Swans were at Newtown, Clarina. Large numbers of Fieldfares and Redwings were also seen in the same area.
Seven Jays were at Currachase.