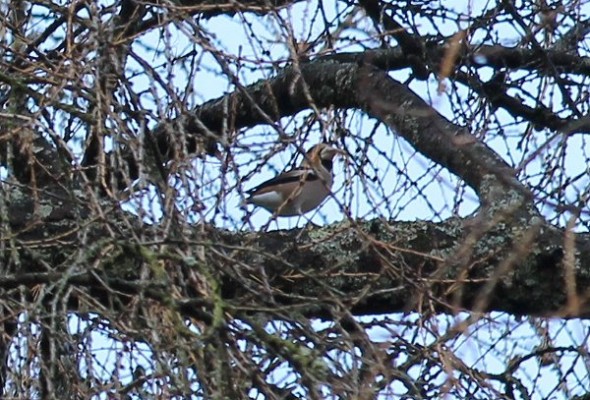 A Crossbill was seen on a conifer at the carpark, Curraghchase, during the Branch Outing. Three Gadwall and Jay were also seen. A photo taken at the outing was later found to include an Hawfinch (Una Hogan). This is the first record of the species at the site since January 2011.
Two Whooper Swans and a Peregrine were seen at Lough Gur.
Coonagh had 54 Pochard, 42 Wigeon, six Tufted Duck, 113 Coot, three Little Grebes, six Mute Swans as well as Fieldfare and Redwings.