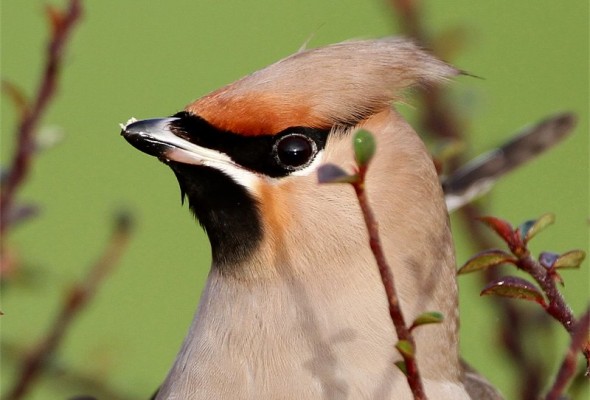 The first-winter Drake Lesser Scaup was still at Lough Gash (John N Murphy, Floss Gibson & Austin Cooney).
An immature Blue-winged Teal was at Ballyalla Lake (John N Murphy, Tom & Nuala Lynch, Floss Gibson et al). Also at Ballyallia were 54 Pintail, 400 Teal, 35 Gadwall, 70 Shoveler, 300 Wigeon, 60 Tufted Duck and 30 Whooper Swans.
In Ennis Town there were five Waxwings at Cootes Shop on the Kilrush Road with another four near Roslevan on the Tulla Road.
One Spotted Redshank, one adult Mediterannean Gull and 90 Brent Geese were on the Clare side of Coranroo Bay.
Between Auginish and Doorus there were three Black-throated Divers, 30 Great Northern Divers, one Long-tailed Duck, 50 Black Guillemots and 40 Common Scoter.
One male Hen Harrier was near Lough George this afternoon.
One Woodcock was at Parknabinnia this evening.