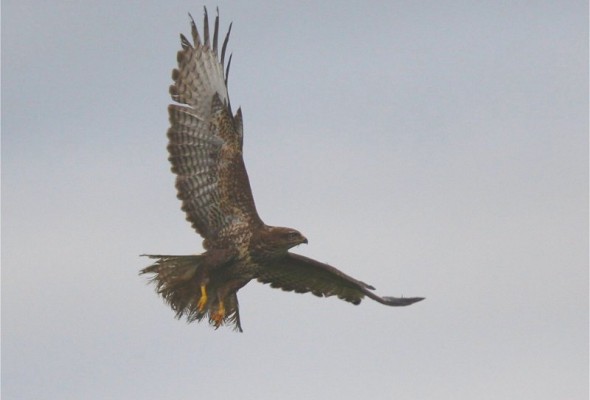 The immature drake Lesser Scaup was still at Lough Gash (John N Murphy et al), but there was no sign of the female and the Tufted Ducks are down to 20 birds.
One drake Green-winged Teal was at the Sannon Airport Lagoon (John N Murphy). Also at the SAL were 120 Teal, 24 Gadwall, 16 Shoveler, 200 Lapwing, 200 Redshanks, 50 Knot, 150 Dunlin, one Little Egret and two Water Rail.
The Common Buzzard that was taken into captivity before the Christmas made a great recovery and was released today at an undisclosed site on the Shannon Estuary.
A fully white albino Great Northern Diver was back at Black Head for the sixth consecutive winter.
One Little Egret was at Ing in the Fergus Estuary.
Two Jay were at Lees Road Wood this afternoon.
A male Blackcap was in a garden in Oak Park Ennis.