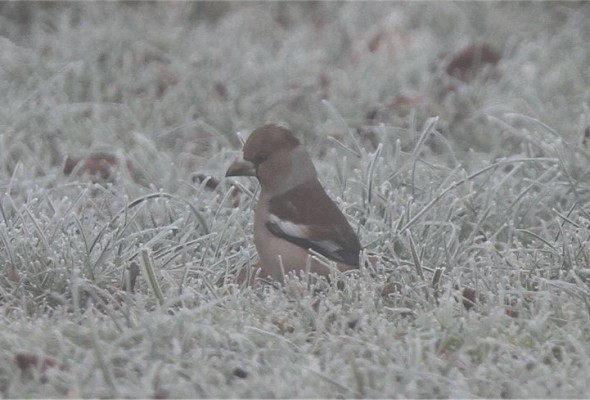 Two to three Hawfinches were at the Curraghchase this morning (John N Murphy).  The third winter Yellow-legged Herring Gull was at Thomond Weir (John N Murphy.  One Waxwing was at Castletroy.  The colour ringed Common Gull, Red ring with white lettering AE02 was at the slipway at St.Micheal’s Rowing Club.