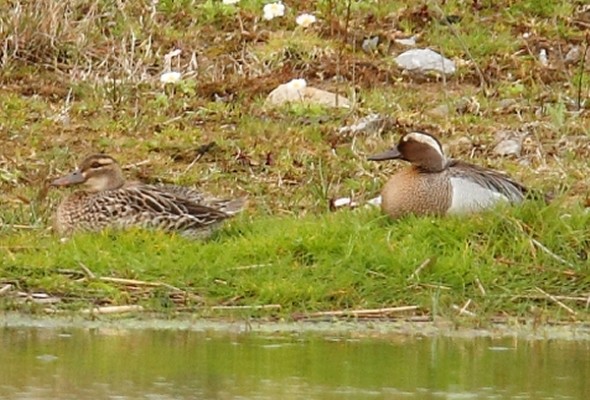 A pair of Garganey were at Coonagh this morning (Tom Tarpey) . This is the sixth record of the species for the County and the second for the site, the first being on May 12th, 2012. See ttbirding.blogspot.com for additional photos. Other migrants of note included an adult Little Gull (John N Murphy), a male Wheatear, three Scaup and 50 Whimbrel. A Whitethroat, several Sedge Warblers, two Swift, a Little Egret, a Lapwing, a Snipe, 13 Pochard, 14 Tufted Duck and a Great-crested Grebe were other birds of note, while a Summer plumage Spotted Redshank (photos at murfswildlife.blogspot.com), 120 Black-tailed Godwits and 30 Redshank also visited during the high tide in the afternoon. A large raptor, a possible Marsh Harrier, was also seen briefly as it left the site and disappeared from view over the river bank (John N Murphy).