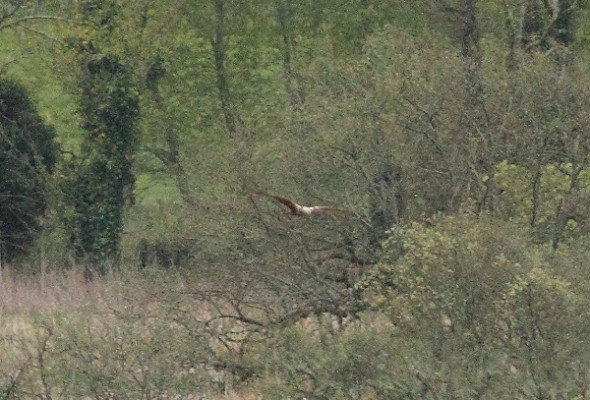 A female type Marsh Harrier was found at the Bog Lake, Lough Gur this afternoon (Geoff Hunt). Surprisingly this is the first record of the species for the County in modern times, the only previous record being from archaeological remains at Lough Gur. The bird was seen again in the Red Bog later in the evening (Tom Tarpey).
A pair of Gadwall were at also at the Bog Lake and a Cuckoo was heard at the Red Bog.