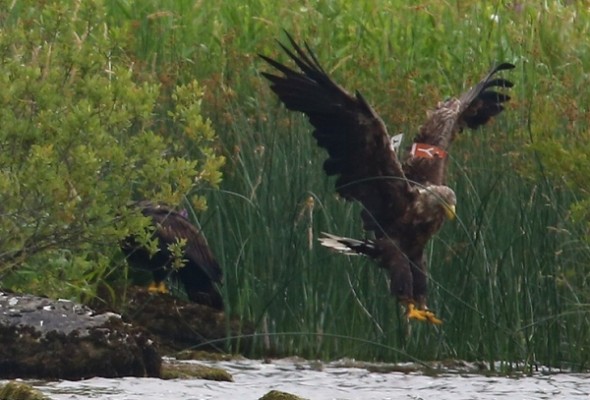 Male White-tailed Eagle enticing one of the young birds out of cover at Bushy Island, Mountshannon ©Nigel Beers-Smith

The two White-tailed Eagle chicks successfully fledged on Bushy Island, Mountshannon early last week, eleven weeks after hatching. The young birds are still hanging around Bushy Island and are being fed by the adult male.

This is the first successful fledging for the species in 113 years in Ireland. It is a great success for the re-introduction programme just six years after the first birds were released in Killarney in 2007.