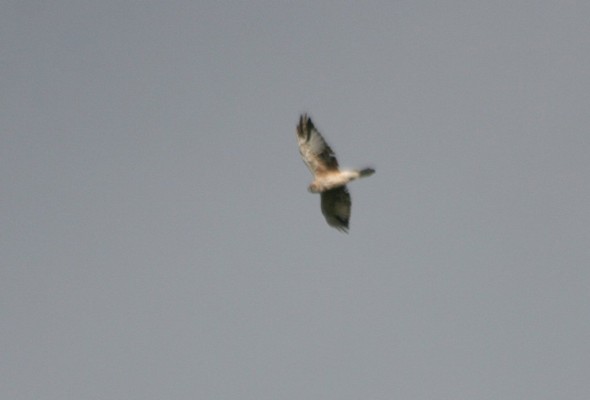 At the Bridges of Ross today things were fairly quiet.  Only 200 Manx Shearwaters per hour past the point along with 16 Dunlin, three Turnstone, one Common Sandpiper and two Curlew.  At Black Head there were two loafing dark Arctic Skuas, one Puffin west and five Great Northern Divers on the sea (1 summer plumaged), plus six Ravens.  Otherwise quiet with Manx, Gannet and Kittiwakes all at around 20 or so per hour.  Another dark Arctic Skua duo were off Ballyvaughan where 41 Sandwich Terns roosted on rocks. At 8.30 am this morning a second year male Hen Harrier made its way across the fields close to the cliff edge at Hags Head , then went high and headed east.  There were also seven Raven, three Chough and two Wheaters.