Sunday 30th June 2008
There was one Iceland Gull and eight Storm Petrels off Liscannor.
There were two Blackcaps and a Jay at Dromore Wood, Ruan.
One male Blackcap on the Lees Wood Road.

Saturday 29th June 2008
There was on second-summer Mediterranean Gull, one Common Sandpiper and
one juvenile male Hen Harrier at Islandavanna, Clarecastle.
There were three Hen Harriers at Ben Dash, Kilmaley.

Sunday 22nd June 2008
One Cory’s Shearwater and a Blue phased Fulmar were off the Bridges
of Ross (John N Murphy & Killian Mullarney).
Later on in the afternoon there was one summer-plumaged RED-NECKED
PHALAROPE (Killian Mullarney) only a third county record,  along side 60
Storm Petrels, three Arctic Terns , hundreds of Manx Shearwaters and seven Chough.
A female Tufted Duck was in the small pond at Kilbaha.

Friday 20th June  2008
One male and one female Hen Harrier were seen just west of Kilmaley.
One male Blackcap was heard singing near Booltiagh, Ben Dash.

Thursday 19th June 2008
There was a good passage of Manx Shearwaters off the Bridges of Ross
this morning, 2,400 per hour passed between 8.30 and 10,30 along with
one Sooty Shearwater, one Storm Petrel  and 20 Common Scoter.
One second-winter Glaucous Gull was at Lough Donnell.
One  Storm Petrel and a Great Northern Diver were at Seafield.
Two Whimbrel were at  Clahane.
Two male Blackcaps were at Willbrook, Corofin.
Two adult Tree Sparrows and two fledglings were at the Old Cottage
near Lough Donnell.
Four Yellowhammers were at Mullaghmore in the Burren.

Tuesday 17th May 2008
One male Blackcap was singing at Applewood, Ballycar, Newmarket-on-Fergus.

Sunday 15th June 2008
The adult Long-eared Owl was back at Darragh.
One male Blackcap was singing at Ballycar, Newmarket-on-Fergus. 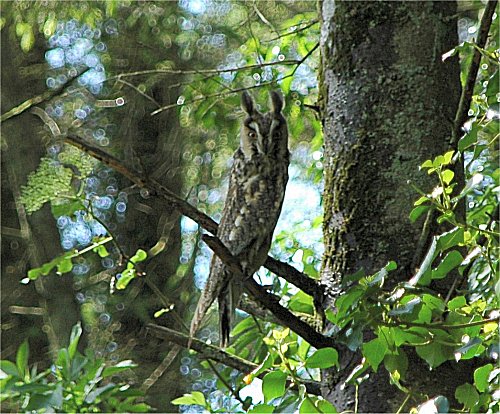 Saturday 14th June 2008
A Corncrake was reported from Liscannor.  This male bird has apparently
been calling from a small meadow just on the outskirts of the village for the
past month.  Unfortunately the field where the bird was calling, has just been
harvested for silage.
There were two Tree Sparrows at the old church in Liscannor.
One female Hen Harrier was at Lough Naminia.
One Dipper was at the Falls, Ennistymon.

Friday 13th June 2008
One male Blackcap was at Rinneen, Quin.

Thursday 12th June 2008
There were three Tree Sparrows at Doonbeg.
One Peregrine and eight Ravens were at Barr Tra, Lahinch.
Two Common Scoter were on Liscannor Bay.
One male Blackcap was heard singing at Rinneen, outside Quin village. 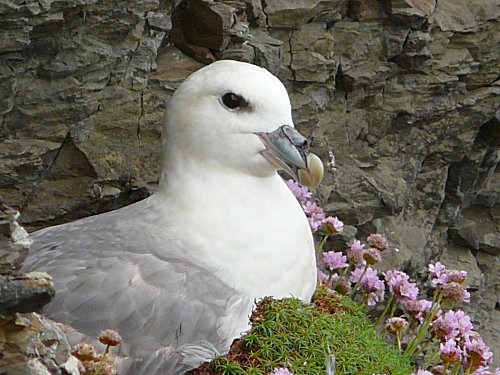 Fulmar nesting on the Cliffs at Barr Tra Dave McNamara

Tuesday 10th June 2008
A Jay was seen feeding young at the Lees Road Wood this evening.

Monday 9th June 2008
Two Jays were at Castle Lake, Sixmilebridge.
One Blackcap was singing at Ballycar, Newmarket-on-Fergus.
Eight Storm Petrels and one first-winter Iceland Gull was at Liscannor. 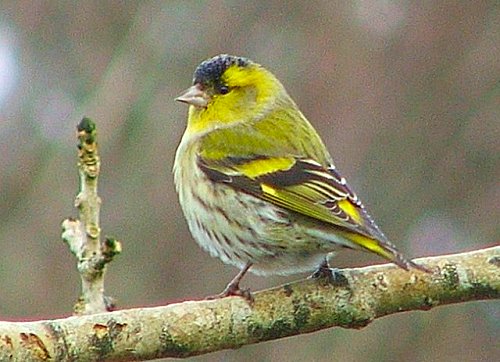 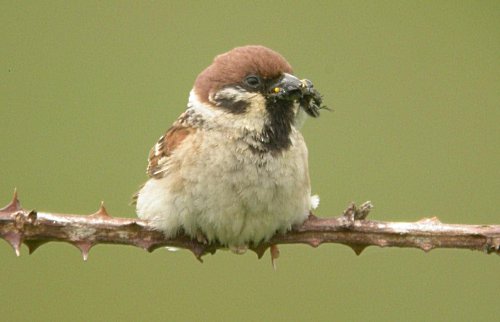 Friday 6th June 2008
One Tree Sparrow was seen carrying food for young at
Doonbeg Pier this evening.
One male Blackcap was heard at the Michael Cusack Centre, Carron.
Eight Yellowhammers were at Mullaghmore, the Burren.

Tuesday 3rd June 2008
There were six Yellowhammers and two singing Blackcaps in the
Burren National Park at Mullaghmore.
One Blackcap was at Doughnamore Bog.
Two Blackcaps were at Dysert.
One Blackcap was at the Michael Cusack Centre in Carron.
Good numbers of Sandwich Terns were seen feeding off the
north Clare coast today. 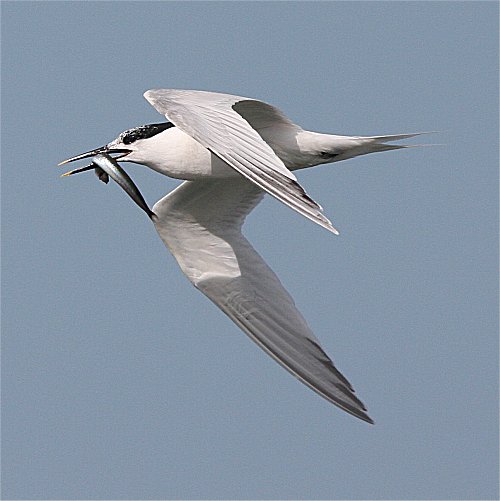 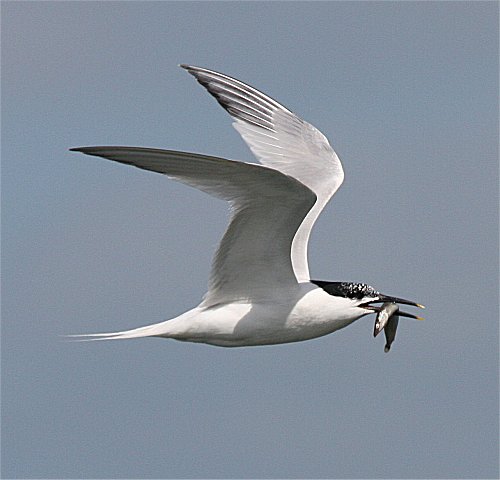 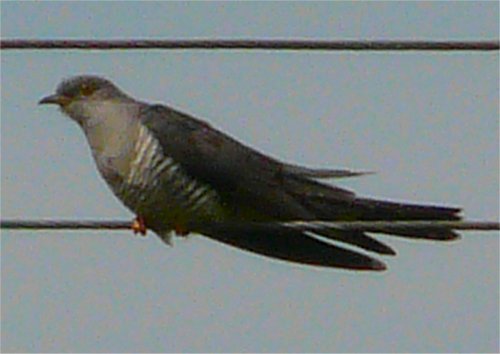 Monday 2nd June 2008
One female Hen Harrier was seen near Moveen.
One male Blackcap, one Jay and two Ravens were at the Lees Road Wood.

Sunday 1st June 2008
There was a male Hen Harrier in Shannon Town.
A family of tree Sparrows hatched at the old church at Liscannor Bay.
Tweet
Tweet