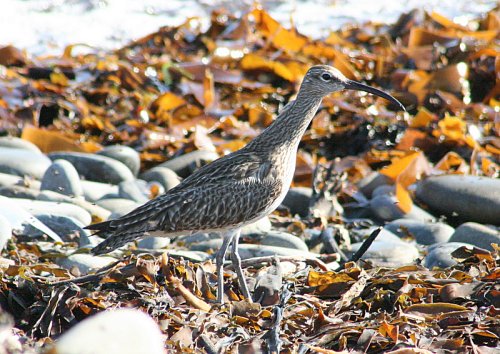 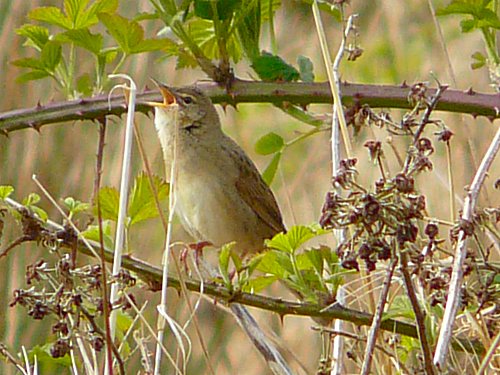 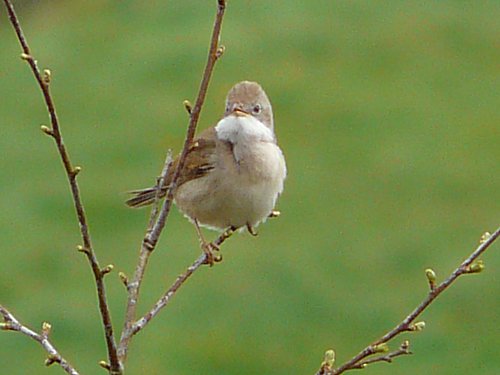 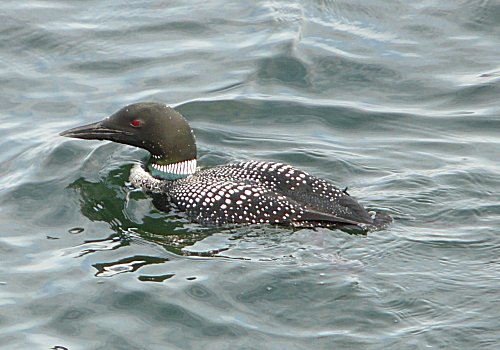 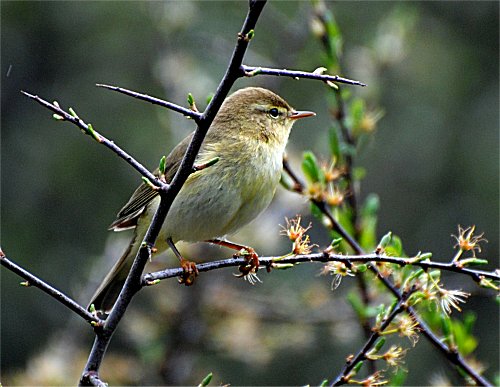 Sunday 25th April 2010
A Swift was flying over Ballyallia Lake this evening.

There were up to eight singing Grasshopper Warblers near Doo Lough along with two male Hen Harriers.
Four Blackcap were at Lees Road Wood and two more were at Ballyallia.
One male Blackcap was singing at Mullaghmore.
A female Hen Harrier and ywo Ravens were at Mount Callan. 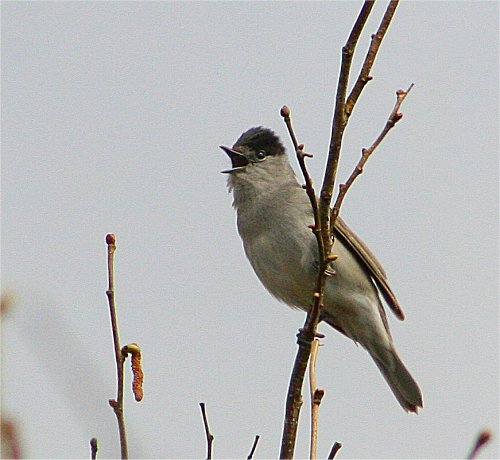 Male Blackcap © Jeff Copner
Saturday 24th April 2010
A male Ring Ouzel was seen at Doolin (Steve Millar).
Two Grasshopper Warbler a male Hen Harrier and a Blackcap were at Boolynagleeragh Bog Lissycasey this morning.
Friday 25th April 2010
A Kingfisher was on the Rine River near Newmarket-on-Fergus.
Thursday 22nd April.
Sixty Whimbrel were seen at Doonbeg Bay.
A hundred more were at Seafield.
Four Blackcaps were singing in Lees Road Wood.
Wednesday 21st April 2010
A Grasshopper Warbler was singing close to the old waterworks at Doolough Lake.
One hundred and twenty Whimbrel, a White Wagtail and 32 Great Northern Divers were at the Flaggy Shore.
Four Yellowhammers were seen at Cappaghmore on the New Line.
Tuesday 20th April 2010
There were five Blackcap singing in Lees Road Wood this evening.
Two more Blackcap and a Cuckoo were reported from Darragh
Monday 19th April 2010
Three Blackcap were singing in Lees Road Wood this afternoon.
Male Blackcap were also at Roxton Corofin and Gortcoirce Dysart.
Two more were seen at Eagles Rock.
Six Gadwall were at Lake Inchiquin.
A pair of Gadwall were at Ballyallia Lake.
Nine Yellowhammer were reported from Mullaghmore.
A Merlin and eight White Wagtail were at Seafield.
Five Cuckoo were seen in the Doolough/ Mullagh area.
Sunday 18th April 2010
A female Black Redstart was seen in a garden in Cahermurphy, Kilmihil.
A Glaucous Gull and a White Wagtail were at Lough Donnell.
A male Blackcap was at Ballyallia.
Saturday 17th April 2010
A first summer WHITE-BILLED DIVER was reported off Finvara Point this afternoon. (Paul Keating, Bob Strickland and Joe Smith)
Sixty Great Northern Diver and forty two Whimbrel were seen in the same area.
A pair of Scaup and three Blackcap were seen at Ardclooney.
Two Little Egret and three White Wagtail were at the Shannon Airport Lagoon. 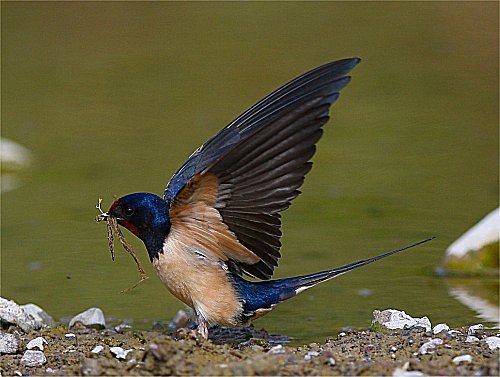 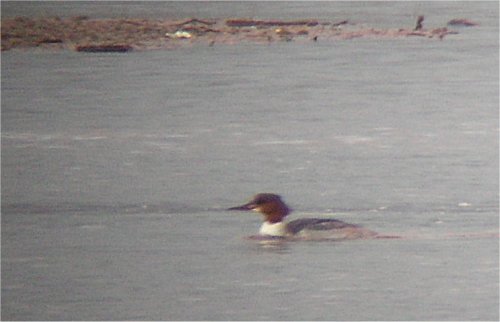 Goosander at Ardcloony © James Hayes
Yellowhammer at Mullagmore © Jeff Copner
Monday 5th April 2010
The Red-necked Grebe, one Black-throated Diver and one Long-tailed Duck was at
Doorus near the Clare/Galway border (Dave McNamara).
There were 69 Great Northern Divers off Black Head.
Sunday 4th April 2010
Three WHITE-TAILED EAGLES were seen circling high over Kilmaley
heading in the direction of Corofin (Darren Reddington).
The drake Green-winged Teal was still at Burrin Lake (Tim Griffin).
There were 20 Black-throated Divers off the Flaggy Shore.
There were five Whimbrel over Applewood Ballycar this evening and a
male Blackcap was singing on site all day.
One Dipper was on the Claureen River.
Saturday 3rd April 2010
The PIED-BILLED GREBE was still at Lough Atedaun (James Hayes & Clodagh Glasgow).
There were also a mixed flock of 100 hirundines at Lough Atedaun.
The female GOOSANDER was also still at Ardcloony (John N Murphy & John Rattigan),
along with one House Martin and a mixed flock of hirundines.
One first-winter Iceland Gull and 78 Brent Geese were at Clahane.
Seven Little Egrets and four Water Rails were at Shannon Airport Lagoon.
Four Yellowhammers were at Mullaghmore.
Two Dippers were at the Falls in Ennistymon.
Seven Sandwich Terns were between Finvarra Point and Doorus.
A flock of 90 Brent Geese were near the graveyard at Lisscannor.
Friday 2nd April 2010
One Dipper was on the Claureen River near Kilmaley.
Thursday 1st April 2010
Tweet
Tweet