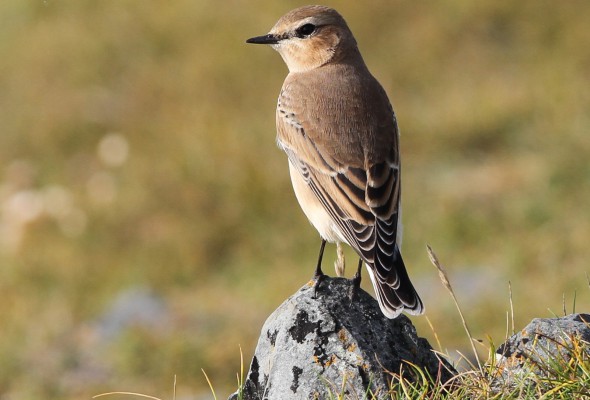 Off the tip of Loop Head this morning there were over 500 Sooty Shearwaters, one adult and one juvenile Sabine’s Gull, two Bonxies, one first-winter Mediterranean Gull and a Blue-finned Tuna. Around the headland in front of the lighthouse there was one immature Pied Flycatcher, one Reed Warbler, one Whinchat, 12 Golden Plover and over 70 Wheatear and hundreds of Meadow Pipits, all over the head.  In the gardens in Kilbaha there were two Spotted Flycatchers, two Sedge Warblers, one Chiffchaff and three Redpoll. On the rocky beach off Cloghaun Lough there were four Ruff, five Whimbrel, five Turnstone and six White Wagtails, just off shore in the estuary there were hundreds of gulls feeding with five Arctic Terns, one first winter Mediterranean Gull and a dark phased Arctic Skua.  There were five juvenile Curlew Sandpipers and one Little Stint at Seafield, Quilty.