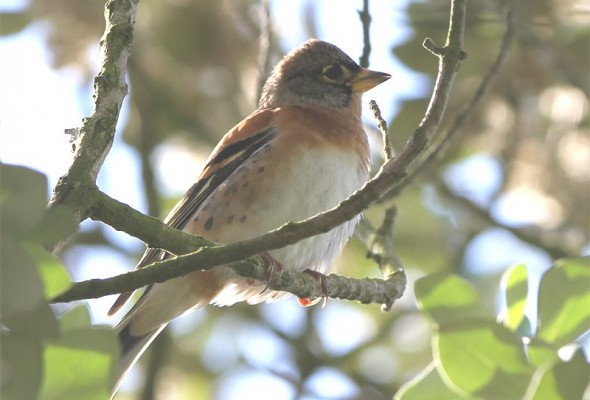 At Loop Head today there were 16 Crossbills seen flying past the lighthouse and out to sea. Also at Loop were three Brambling, two Lapland Buntings, one Snow Bunting, seven Chiffchaffs, one Peregrine, one Merlin, one Sparrowhawk, 28 Choughs, 16 Golden Plover, eight Snipe, two Redpolls, eight Wheatears, one Bonxie off The Bridges of Ross and six Barnacle Geese flew over the headland.