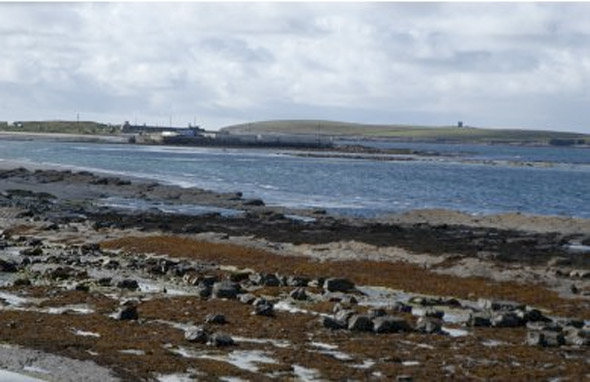 Lurga Point is a sand and rocky outcrop situated 2km’s west of the small village of Quilty. The area surrounding the point is Seafield, which is a varied and interesting habitat of open ground, wet fields bordered by reeded drains and little tree cover. The shoreline is rocky, leading to sand dunes and a sandy seaweed strewn beach at the point itself. The point has an old pier, which in recent years has been added to and improved upon with small fishing vessels moored there all year round.

Familiar sea-side smells of decaying seaweed and fish are ever present at Lurga Point. It is the seaweed mass on the beach that makes this site so good for migrant waders. Sand hoppers and other small invertebrates living in the seaweed are a rich food source for waders to fatten up on during spring and autumn migration.

Birds   In winter the fields on approach to the point hold Lapwing, Curlew, Snipe and Golden Plover.  The beach holds a good variety of waders like Turnstone, Oystercatcher, Dunlin, Redshank, Sanderling, Ringed Plover, Purple Sandpiper, Grey Plover and Bar-tailed Godwit. The point is nationally important for a wintering flock of over 200 Purple Sandpipers. Little Stint, Ruff, Curlew and Common Sandpipers, are all regular Autumn migrants.

In Spring and late summer, White Wagtails pass through this locality in good numbers. Offshore Red-throated and Great Northern Divers are common along with Shag and Black Guillemot.