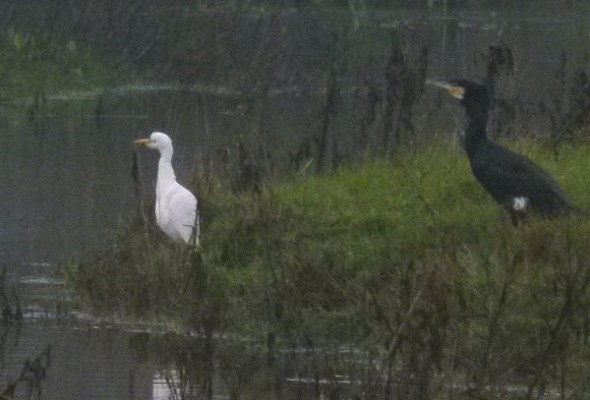 A Cattle Egret was at the Groody Valley just north of the Dublin Road in Limerick City today (Tom Tarpey). This is the third record of the species for Limerick. A Little Egret and 200 Lapwing were also present.

A Blackcap was seen at Asbrook, Limerick City.