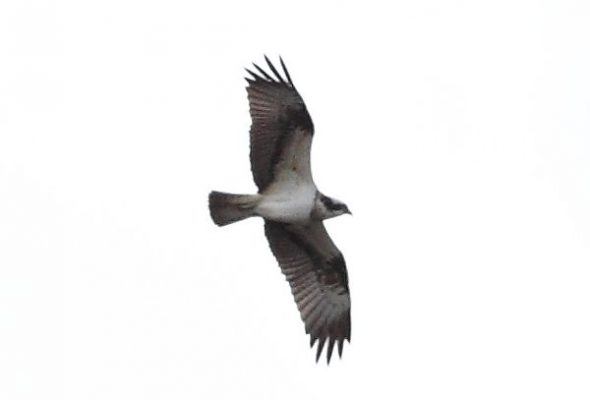 An Osprey was hunting briefly at the Coonagh Nature Reserve before moving off westwards down the Shannon Estuary(Tom Tarpey). This is the fifth County record and the first know Spring record in Limerick. A 1st summer Mediterranean Gull, 48 Whimbrel 150 Black-headed Gulls, a Little Egret and six Gadwall were also present in the area.
A 1st summer Iceland Gull was at Arthurs Quay (TT).

A Buzzard was seen at Curraghchase (Maura Turner).

A Cuckoo was at Ballyorgan (Tony Mee).

Blackcaps were in song at the Bog Road, Castleconnell and Monaleen (TT).

Two Buzzards were at Ballysimon (TT).

A Chiffchaff and a Willow Warbler were in song at the eastern edge of Gooig Bog (TT).