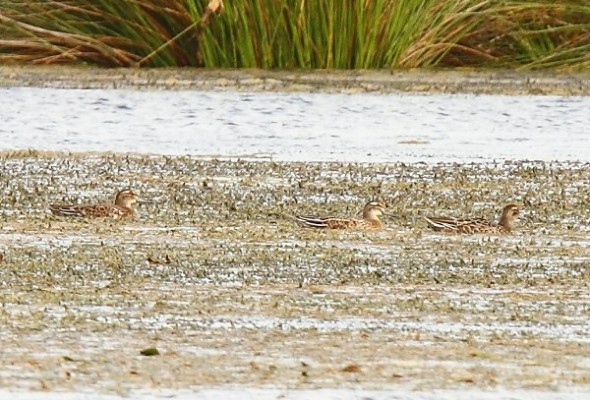 A first summer Marsh Harrier  passed through the Coonagh Nature Reserve today. The bird came in along the river bank from the Cratloe side and disappeared from view heading south eastwards towards Bunlickey (Tom Tarpey).  This is the second record for the site and the third in modern times for Limerick.

A Barn Owl was found dead on the N20 at Attyflin this morning (Andrew Holmes).

A Buzzard was seen by the M20 at Patrickswell this evening.

A pair of Buzzards was seen near Ballingarry today (Andrew Holmes).  These birds are in a different location to the pair also seen earlier in the month near Ballingarry.

Three Little Egrets, 45 Redshank and a Greenshank were at Poulaweela Creek.

18 Greenshank and 14 Redshank were at Robertstown.

A Buzzard, two Kestrels, a Cuckoo and two Crossbills were seen at Coolfree Mountain (Tony Mee).

A male Hen Harrier was seen at Glenanaar (Tony Mee).

A Buzzard seen flying over the M20 at Barnakyle, Patrickswell this morning.

A Buzzard was seen at Glenroe and a Barn Owl was seen near Bruff (Tony Mee).

A Buzzard was seen at Castleconnell this afternoon (Robert Imbusch).

A Buzzard was seen flying over the M20 at Fort Etna, Patrickswell.