One male Marsh Harrier, 48 Whooper Swans and the partially albino Curlew were at Lough Atedaun. (John N Murphy)
Four Yellowhammers were at Killkeedy. (JNM)
One Buzzard was at Toonagh with another near Lough George. (JNM)

The Cackling Goose, two Canada Geese and close to 300 Barnacle Geese were at Doonbeg. (John N Murphy)
One Swallow was at Seafield. (JNM)
Two Crossbills were near Crag, Lisseycasey.(JNM)
One Merlin was at Knockalough. (JNM)
There were 21 Whooper Swans at Lough Donnell along with a flock of 60 Goldfinch. (JNM)
There were 28 Pintail and 80 Shoveler at Ballyallia Lake with 17 Whooper Swan at Drumcliffe.(Nuala & Tom Lynch)

The partially albino Curlew, 108 Golden Plover, 320 Lapwing and 18 Whooper Swan were at Lake Atedaun.(Nuala and Tom Lynch)
There were 92 Gadwall at Lake Inchiquin.(N & TL)
One Merlin and a Hen Harrier were near Tubber. (James Organ)
Two Buzzards were at Barefield. (Julian Cremmins)
One Buzzard was near Ballymaley. (Iomhar Daly)

There were eight Mediterranean Gulls at Corronroo early this morning. (John N Murphy)
Eight Crossbills were at Leanamore, Lisseycasey. (JNM)
A flock of 30 Whooper Swans were in fields near Tubber adjacent to the northward bound lane of the M18. (JNM)

One Marsh Harrier and a male Hen Harrier were at Lough Cullaun. (James Organ)
There were 48 Whooper Swans at Moynoe. (Brendan Cooney) 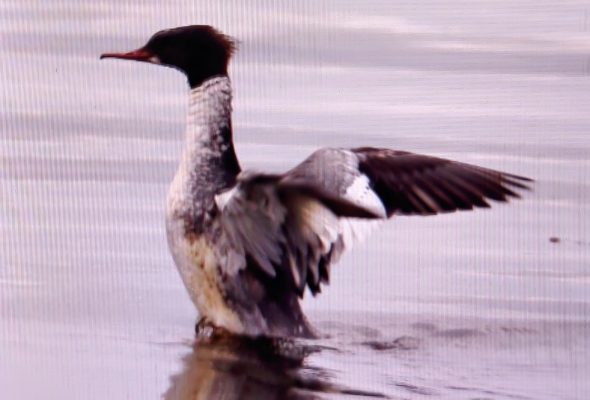 The Goosander was at Ballymacrinan Bay along with ten Red-throated Divers and two Black Guillemots. (John N Murphy)
Another Goosander was at Killimer again today a different bird from the Ballymacrinan bird. (JNM)
One drake Long-tailed Duck, a drake Pochard and 35 Tufted Ducks were at Fenloe Lough.(JNM)
One Buzzard was at Bunratty.(Derek Casey)
There were 14 Whooper Swans at Lough Atedaun. (Mark Rutledge) 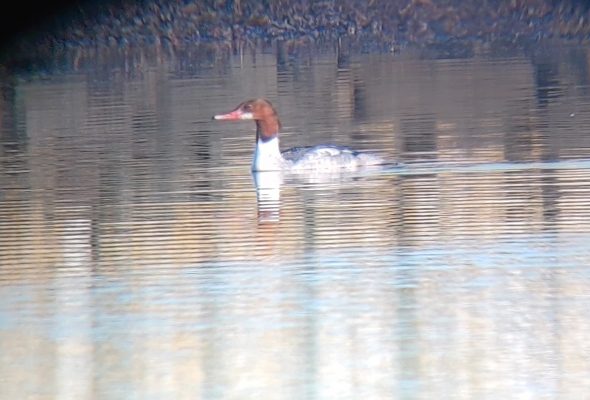 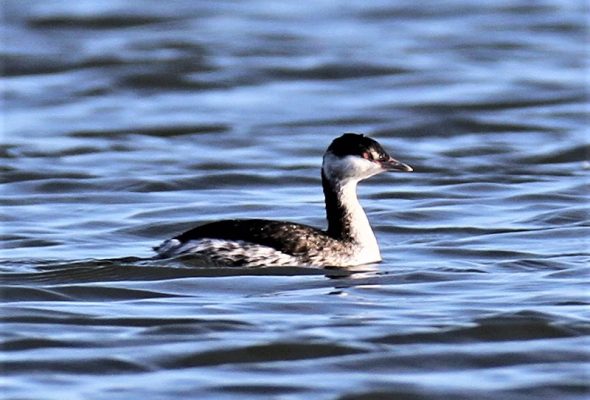 One Slavonian Grebe and the Velvet Scoter were at Poulnasherry Bay this morning,(John N Murphy) along with one Red-throated Diver and seven Great Northern Divers.
One female Velvet Scoter, two Eider and two female Greater Scaup were at Lahinch. (Finbar MacGabhann)
One Grey Phalarope was at Quilty Beach feeding in the surf with Gulls, (Paul Troake) with 75 Purple Sandpipers at Seafield.
One Great Spotted Woodpecker was at Tulla today. (Shane Dowling)
One Buzzard was near Moanmore. (JNM)