The SOLITARY SANDPIPER and LEAST SANDPIPER were at Cloghaun Lough.(Mark Stewart)

The SOLITARY SANDPIPER and LEAST SANDPIPER were at Cloghaun Lough this morning.(Paul Moore) 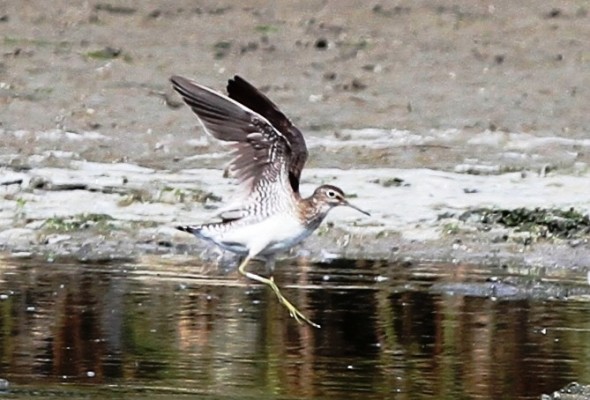 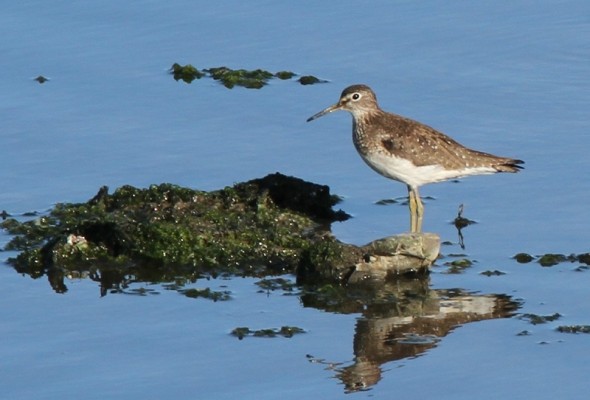 A SOLITARY SANDPIPER and a LEAST SANDPIPER were at Cloghaun Lough, Loop Head this afternoon.(John N. Murphy)
The Solitary Sandpiper is the first record for Clare and only the 7th Irish record. The Least Sandpiper is only the second county record. There was also one Common Sandpiper at the Lough.
One juvenile Ruff was on the west side of Kilcredaun Marsh (John N Murphy). 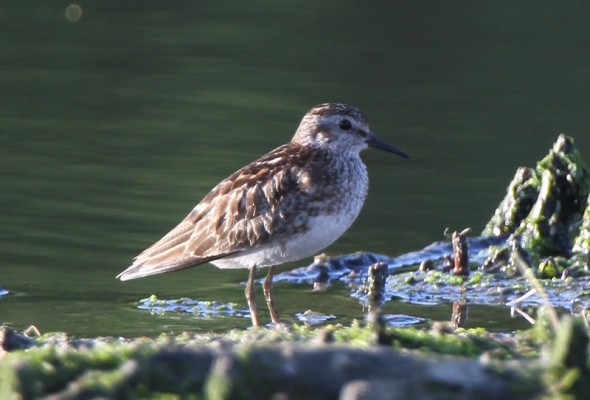 A bird believed to be a Least Sandpiper was briefly seen in dull conditions at Cloghaun Lough, Loop Head late in the afternoon. (Tony & Darragh Cully)

There was one Great Shearwater, 18 Sooty Shearwaters, 12 Storm Petrels, six Bonxies and over 6,000 Manx Shearwaters at the Bridges of Ross. (Tony & Darragh Cully)

An Albino Curlew and two Turnstone in summer plumage were at Bishop’s Quarter this afternoon.(Pádraig Cullinan)
Two Jay were heard at Lees Road Wood.(Nuala and Tom Lynch)
Three Common Sandpiper and 12 Whimbrel were at Clahane.(Jeff Copner)
35 Sandwich Tern and four Greenshank were at Liscannor.(Jeff Copner)

Nine Sooty Shearwater, three Great Skua, two Balearic Shearwater and a Storm Petrel were at the Bridges of Ross this morning.(Sean Pierce)