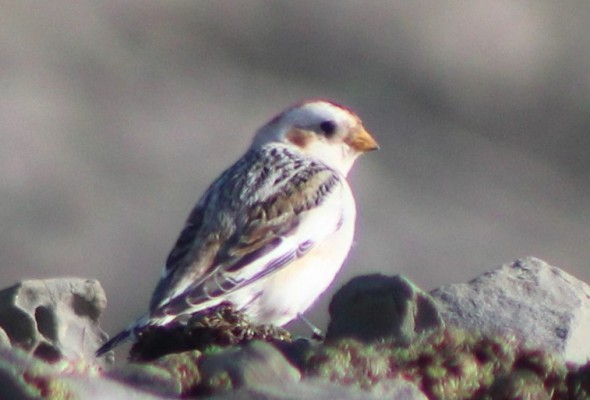 Five Snow Buntings were at the tip of Loop Head. (John Collins)
One Little Gull was at the Falls Ennistymon along with eight Little Egrets, one Kingfisher, one water Rail and two Woodcock. (Dave McNamara)
One male Hen Harrier, 200 Golden Plover,20 Brent Geese and 40 Wigeon were at Lahinch Marsh. (Dave McNamara)

There was one Glossy Ibis at Lough Erinagh this morning. (Howard Williams & Finbarr MacGabhann)

One first-winter Little Gull, nine Little Egrets, one Woodcock and one Water Rail were at the Falls, Ennistymon. (Dave McNamara)

One Buzzard flew over the motorway between Portdrine and Cratloe. (Tony Mee)

There was a flock of 20 Yellowhammers near Tubber (Austin Cooney & John N Murphy)
A pair of Whooper Swans were on a flooded field by the Shannon at Gillogue (Tom Tarpey).

One first-winter Glaucous Gull was at Kilkee Strand. (Dixie Collins)

One first-winter Little Gull, one female Hen Harrier, 40 Curlew and 30 Teal were at Lahinch Marsh. (Dave McNamara)
There were 16 Crossbills and one Jay at Darragh. (Finbarr MacGabhann)

One first-winter Little Gull and one Water Rail were at the Falls, Ennistymon. (Dave MccNamara)