Three Lapland Bunting, a female Hen Harrier, a Merlin, a Kestrel, five Wheatear and 25 Chough were at Loop Head.( Nuala and Tom Lynch) 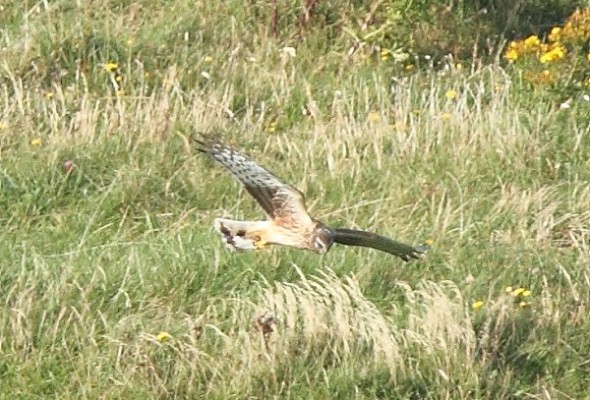 Two Wheatears, a White Wagtail, three Skylarks, two Ravens and two Snipe were seen near the lighthouse at Loop Head this morning. A female Hen Harrier, a Peregrine, a Kestrel, 48 Golden Plover, five Skylarks and 12 Chough were at Fodry. Two Goldcrests, six Swallows, two Sand Martins and a Chaffinch were at Kilbaha. A Greenshank, five Redshank, seven Curlew and seven Teal were at the lough. (Tom Tarpey). 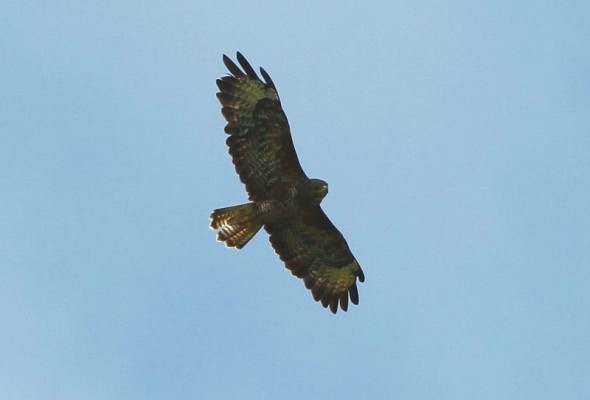 A Buzzard and one singing Chiffchaff were at Applewood, Ballycar, Newmarket-on-Fergus this morning. (John N Murphy) 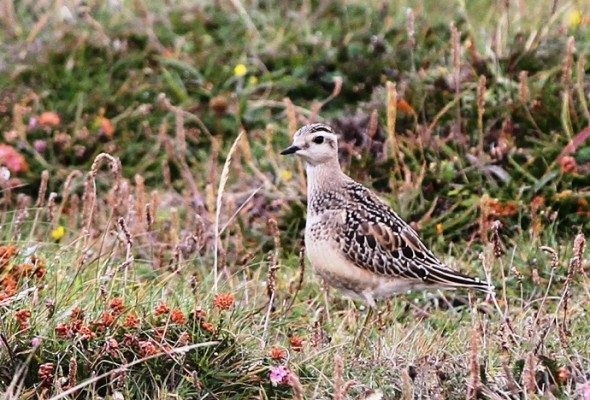 There were three Sabine’s Gulls, two Grey Phalaropes and 40-50 Red-throated Divers at the Bridges of Ross today. (Ciaran Cronin) 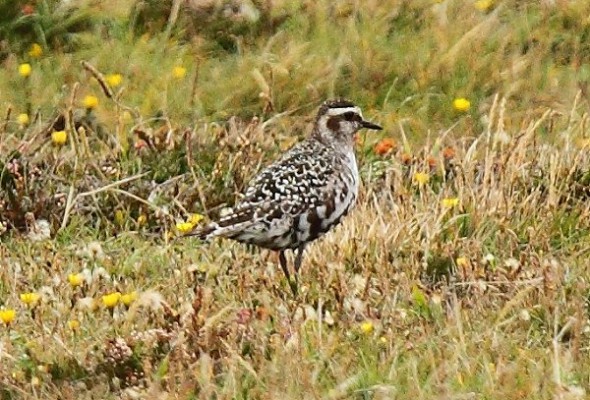 Two American Golden Plovers were seen flying around the headland of Loop Head along with one Golden Plover this morning. (John N Murphy)
The adult American Golden Plover was still present at Fodry today along with 30 Golden Plover. Nearby a female Sparrowhawk was seen near the lighthouse(Tom Tarpey).
Around the grounds of Loop Head Lighthouse were one Whitethroat, two Chiffchaff, eight Wheatears, 500 Meadow pipits, 44 Skylarks, a flock of 120 Linnets with one albino bird among the flock, one Peregrine and one male Merlin. (John N Murphy)
A Hen Harrier (ringtail), two Greenshank and 12 Redshank were at Douaghmore.
A Little Egret, 60 Curlew, six Redshank, four Knot, 60 Curlew and three Wheatears were at Lough Donnell.
There were 70 Dunlin, 30 Sanderling and 12 Bar-tailed Godwits were at Seafield/Quilty (Tom Tarpey).
One Kingfisher was at Moyasta Creek. (John N Murphy)