There was one adult Mediterranean Gull at Coranroo Bay.
Four Black-throated Divers were at Flaggy Shore.
Three Long-tailed Ducks and a Sandwich Tern were off Finvara Point.

There were three Great Northern Divers and a female Hen Harrier at Lough Muchanagh.
There were nine Goldeneye at Lough Cullaun.

The Tundra Bean Goose and three Pink-footed Geese were still at Sandsfield, Liscannor (Geoff Pearson & Jeff Copner).
The Red-necked Grebe was back at Lough Cullaun.
A flock of 36 White-fronted Geese were at Lough Muchanagh, along with one immature Hen Harrier and two Great Northern Divers.
There were 32 Brent Geese and five Red-throated Divers at Liscannor Bay.
Two Woodcock were at Edenvale, Ennis.

The Tundra Bean Goose and three Pink-footed geese are at Liscannor (Geoff Hunt, Mike Sheedy & Mike Flanagan).
The Red-necked Grebe was back at Lough Cullaun, the Burren.
One drake Eider is off Liscannor Pier.
A flock of 200 Barnacle Geese were on Mutton Island.
There were 35 Whooper Swans and a Little Egret at Ballyallia Lake.
One kingfisher was at Ardclooney. 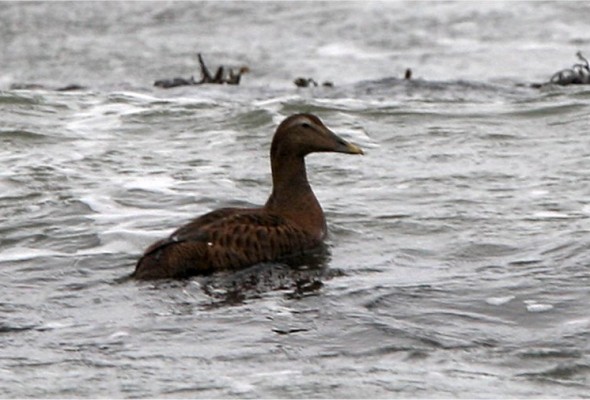 The Tundra Bean goose and three Pink-footed Geese were at Liscannor (Tom Tarpey, Tony Mee, Nuala & Tom Lynch), along with one female Hen Harrier.
One female Eider was off the Flaggy Shore.
A flock of 300 Brent Geese were near Aughinish Island along with 14 Long-tailed Ducks & two Black-throated Divers.
There were seven Black-throated Divers off Finvarra Point, along with one first-winter Iceland Gull, 30 Great Northern Divers, one Red-throated Diver, 18 Razorbills, two Guillemots, ten Black Guillemots, 18 Common Scoter, 70 Shag, one Gannet, 40 red-breasted Mergansers and six Kittiwakes.
Three Sandwich Terns were on the southern side of Ballyvaughan Bay near Monk’s Pub.
A flock of 210 Brent Geese were near Muckanish Bay, Bell Harbour.
There were 25 Great Northern Divers and one Red-throated Diver at New Quay.
One female Hen Harrier and one Great Northern Diver were at Lough Muckanagh.
One male and one female Blackcap were at Oak Park, Ennis. 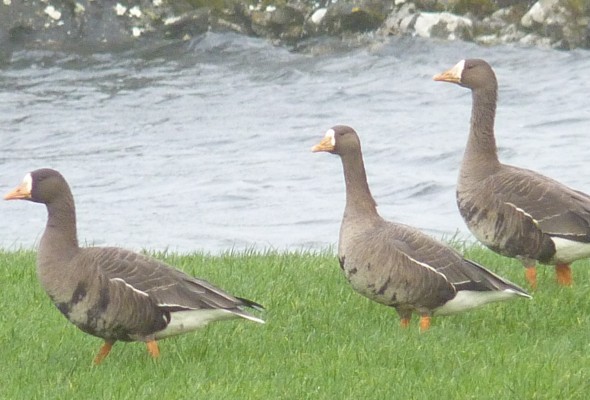 There were three White-fronted Geese at Ballyallia Lake.
Three Crossbills and one Raven were at Gort Coirce, Dysert.
One Great Northern Diver was at Lough Muckanagh.

The Bean Goose and three Pink-footed Geese were at Sandfield Liscannor (Gerry Butler).
Red-necked Grebe was back at Lough Cullaun again today.

The Tundra Bean Goose and three Pink-footed Geese were still at Sandfield, Liscannor this morning (Jeff Copner).
There were 46 White-fronted Geese at Lough Muchanagh along with two male and one female Hen Harriers.
One Woodcock was at Roxton Corofin.
A small skein of 13 Greylag Geese were at Fenloe Lake. 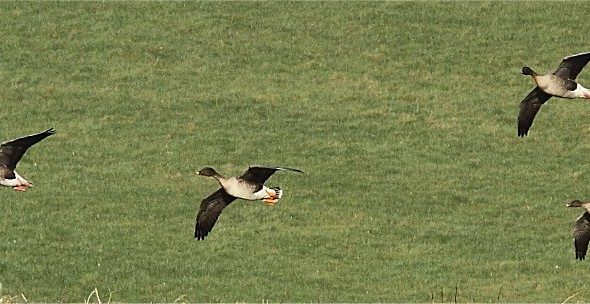 The Tundra Bean Goose and three Pink-footed Geese were back at Sandfield, Liscannor this morning (Geoff Pearson, Stan Nugent & Tom Tarpey).
The Red-necked Grebe was back at Lough Cullaun, the Burren along with nine Goldeneye and 41 Whooper Swans in the opposite Flooded Fields.
There were 46 White Fronted Geese and four Ravens at Lough Muckanagh.
There were 37 Whooper Swans at Drumcliff, Ballyallia Lake.
Another 25 Whooper Swans were at Clare Abbey, Ennis.
There was 70 Whooper Swans and 50 Black Tailed Godwits at Lough Atedaun.