There were two Long-tailed Duck, seven Common Scoter, four Great Northern Divers and thousands of auks streaming south past Castle Point, Kilkee. (John N Murphy)
One Buzzard was at Ballyallia Lake and 48 Whooper Swan were at Drumcliffe.(Nuala and Tom Lynch)

A White-tailed Eagle was at Ballyallia from 11.40am-2.30pm. (Cliff Baxter, Nuala and Tom Lynch) 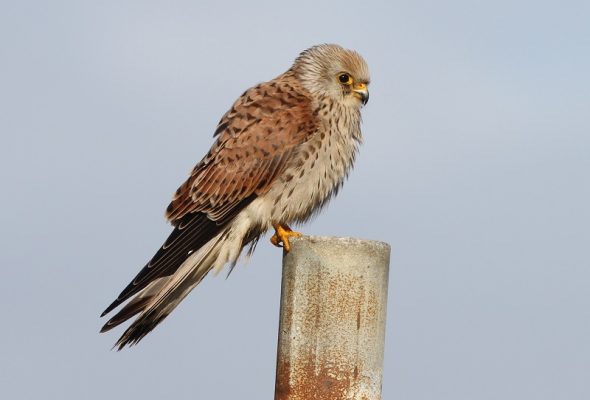 The Lesser Kestrel was search for today by a local birder but there was no sign of it.
One Whimbrel was at Moy Beach, Liscannor. (Jeff Copner) 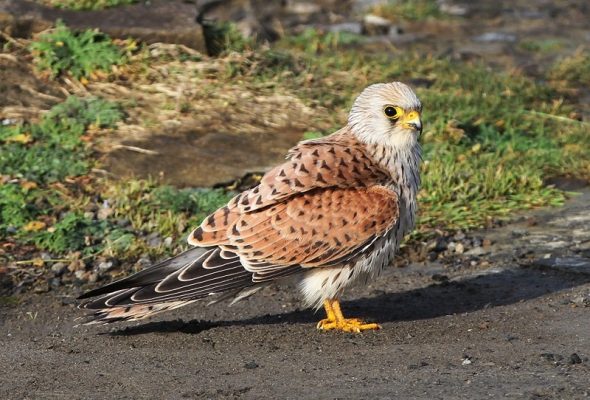 An immature male LESSER KESTREL was found today at an undisclosed site in Clare. (John N Murphy)(2nd Irish record)
The first bird recorded in Ireland was in south County Dublin near Glenamuck from 8th to 10th November 1890, almost 130 years to the day.
The Glenamuck/Shankill bird was also a male and it over-wintered and was regularly observed following ploughs in fields picking up worms and other inverts. Unfortunately it came to a sad end as it was shot on 17th February 1891.

The female Ring-necked Duck was still at Lough Gash with over 60 Tufted Duck and three Whooper Swans. (John N Murphy) 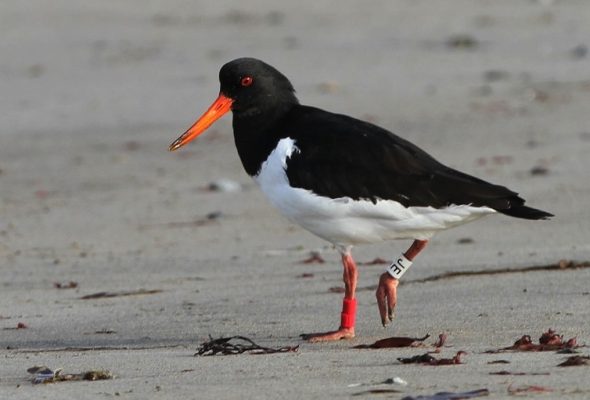 The Turtle Dove was still at Kilshanny, the 14th day since it turned up. (Gerry Wheeler)
A colour ringed Oystercatcher (photo above) has been on Kilkee Beach since last Monday 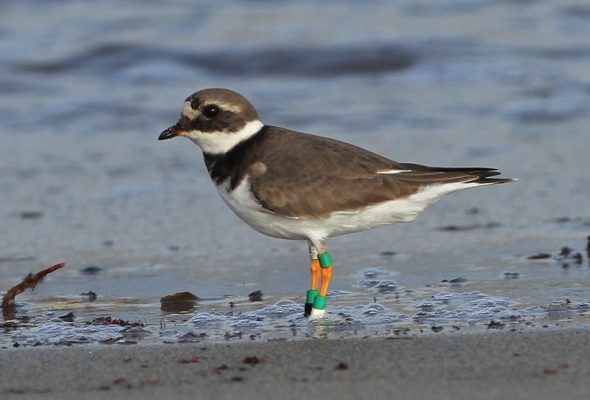 One Chiffchaff was at Kilkee. (John N Murphy)