A Snow Bunting was on the road near the Cliffs of Moher.(Ray Glynn)
Seventeen Whooper Swan were at Ballygireen.(Dixie Collins)

Two Pink-footed Geese flew north over Kilbaha.(Mark Gibson)
One Eider was at Kilkee along with seven Mediterranean Gulls. (MG)
One Snow Bunting was at the Cliffs of Moher.(Pat Maxwell)
Nine Whooper Swan were at a flooded field in Inagh.(Jeff Copner)

One Pink-footed Goose flew south over Ross, Loop Head with 200 Golden Plovers in the Horse Fields at the Bridges of Ross and one Chiffchaff in Kilbaha village. (John N Murphy)
One juvenile Arctic Tern was at Rineville Bay. (JNM)

The Red-eyed Vireo was still in Kilbaha today along with the Yellow-browed Warbler, one male Snow Bunting, two Chiffchaff, two Goldcrest, ten Redwing, 70 Golden Plover, one Merlin and a Buzzard.(John N Murphy, Jeff Copner, Mark Gibson & Phil Simmons)
At the Bridges of Ross there were two Pomarine Skuas, one Great Northern Diver, two Red-throated Divers and six Arctic Terns.(MG)
One immature/female Garganey was at Ballyallia Lake.(Paidi Cullinan)
One Barn Owl was just east of Kilbaha. (JC) 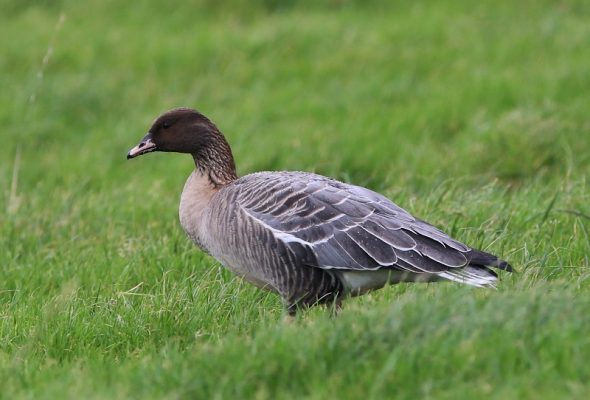 The Red-eyed Vireo, Yellow-browed Warbler and a Pink-footed Goose were still in Kilbaha.(John N Murphy)

The Red-eyed Vireo was in Marty Lillis’s garden early this morning and the Yellow-browed Warbler was still in the big willow tree in Kilbaha Cottage.(John N Murphy) 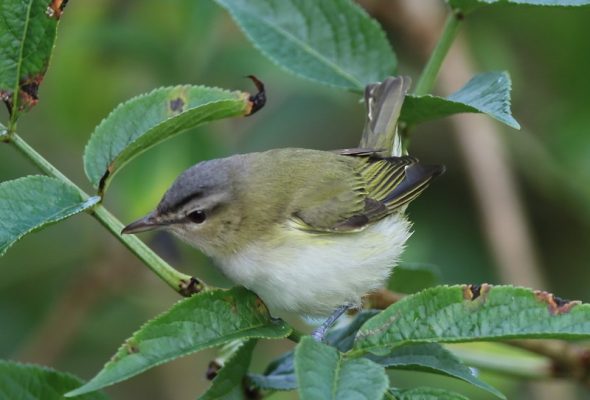 The Red-eyed Vireo, Yellow-browed Warbler, one Chiffchaff, two Goldcrests and a Merlin were in the Gardens at Kilbaha this morning.(John N Murphy)
At the Bridges of Ross there were two Pomarine Skuas, one Arctic Skua, six Bonxies, three Grey Phalarope, one Storm Petrel, one Arctic Tern and four Great Northern Divers. (Geoff Pearson)
The 200 Golden Plover and two Peregrine with at Loop Head.(JNM)

Highlights from Kilbaha village, gardens and Bay today there were, the Yellow-browed Warbler was still in Kilbaha along with one Goldcrest, six Redpoll, 48 Rock Doves, eight Chough one Merlin, one male Peregrine and two Arctic Skuas. (John N Murphy)