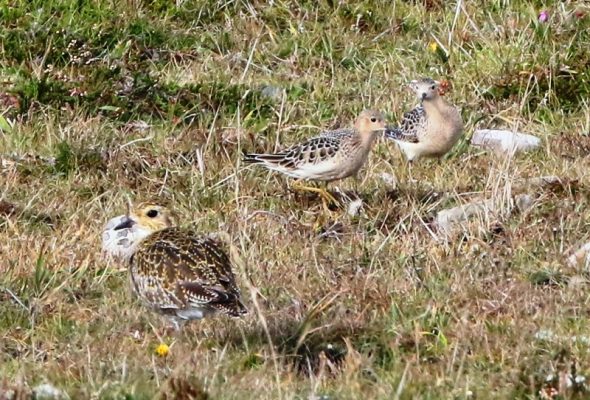 The adult American Golden Plover, two Juvenile Buff-breasted Sandpipers, five Lapland Buntings and 18 Twite were at the Fodry, Loop Head this morning. (John N Murphy)
At Loop Head Lighthouse there were two White Wagtails, one Robin and one Great Tit. (JNM)
The adult Ring-billed Gull was still at Kilkee Beach. (JNM)
One Arctic Skua was off the Bridges of Ross, (Mike Sheedy et al) 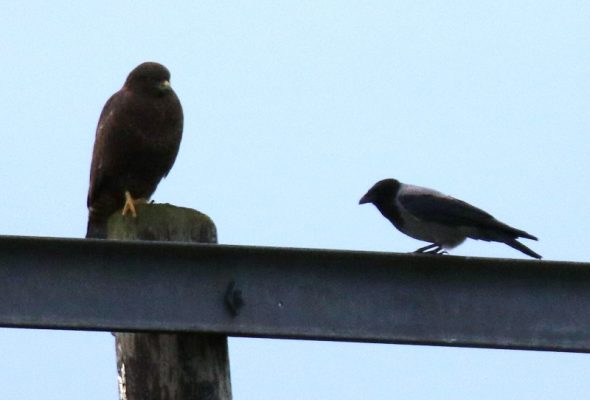 Two Buff-breasted Sandpipers were at the Fodry, Loop Head. (Paidi Cullinan)
One Curlew Sandpiper was at Quilty Beach. (Jeff Copner)
One Buzzard was at Applewood, Ballycar again this morning. (John N Murphy)
Two Buzzard were at Lahinch Marsh.(Dave McNamara) 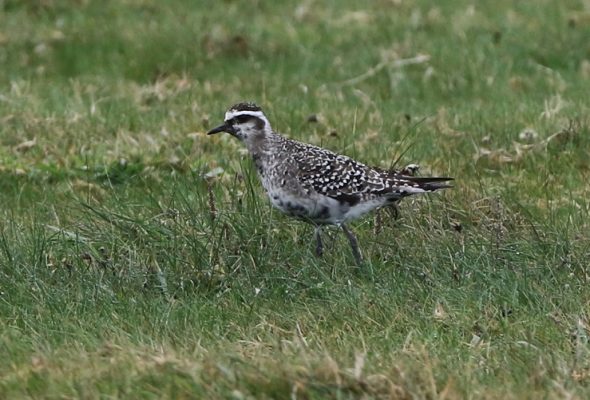 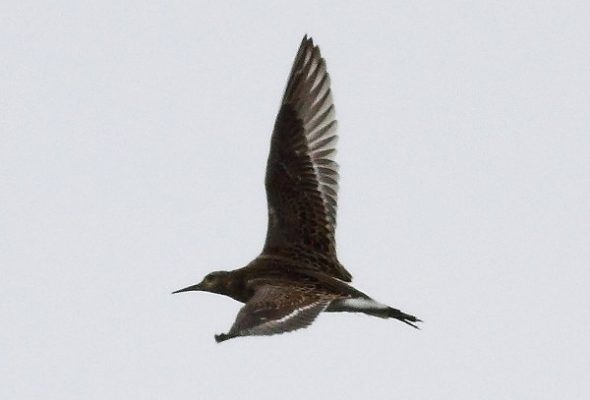 Forty four Sooty Shearwater, a Pomarine Skua, three Great Skua, two Grey Phalarope, four Common Scoter, 35 Sandwich Tern, two Arctic Tern, a Red-throated Diver and a Great Northern Diver were at the Bridges of Ross between 08.10-10.10.(John N. Murphy)
A Cuckoo flew across the road at Moyasta earlier this morning.(JNM)
A Green Sandpiper, a Kingfisher and a singing Chiffchaff were at the pond near Cassidy’s Park at Drumcliffe this morning.(Páidí Cullinan)