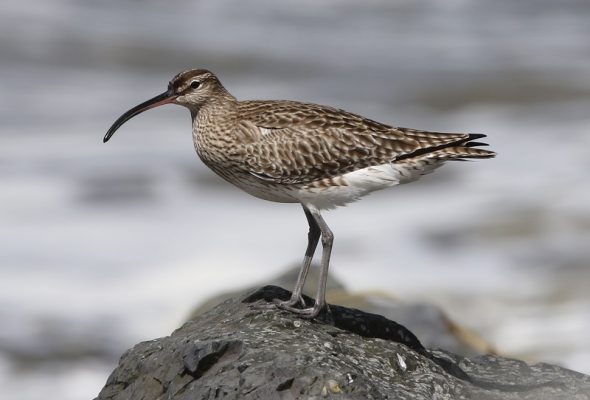 The 2CY Glaucous Gull was still at Ross Bay, Loop Head with over 200 Whimbrel migrating over the headland. (John N Murphy) A pair of Wigeon were at Cloghaun Lough, Kilbaha. (JNM)

A hundred Manx Shearwater were off Black Head.(Páidí Cullinan)
A 2CY male Peregrine and a Dipper were at the Caher Valley(PC)
Sixteen Whimbrel, 28 Shelduck, 21 Brent Geese and 49 Sandwich Tern were at Rine Point.(PC)
A hundred Whimbrel were at Doonaha.(Cliff Baxter)
Twenty six Whimbrel were at Clahane.(Jeff Copner) 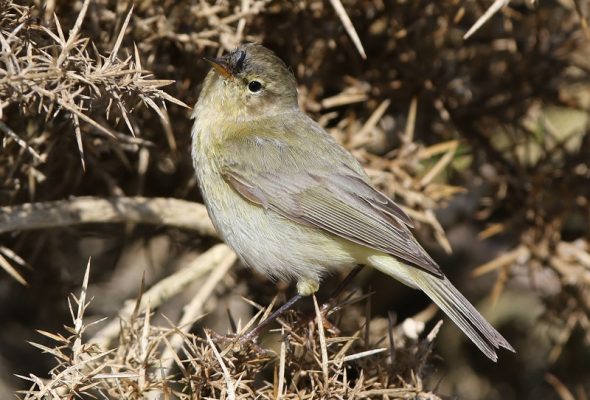 One adult Iceland Gull was at Kilbaha with one 2CY Glaucous Gull at Ross Bay. (John N Murphy)
Throughout the rest of Loop Head there was one female Blackcap, three Sedge Warblers, ten Collared Doves, 38 Golden Plover, eight Wheatear, 2,600 Manx Shearwater between Loop Head Lighthouse and the Bridges of Ross. (JNM)
There were 200 Manx Shearwaters feeding off the rocks at Rineville Bay with 12 Arctic Terns and 14 Common Terns feeding beside them and two Red-throated Divers and three Great Northern Divers in the bay. (JNM)
Fifteen Whimbrel were at Lough Donnell.(Nuala and Tom Lynch)

A GREAT WHITE EGRET was at Lake Atedaun. (Jeff Copner)
One Buzzards at Bunratty. (PC)
Two Grasshopper Warblers,a Sedge Warbler and one Warer Rail were singing at Clonmoney South opposite Saints Island on the Shannon Estuary.(Páidí Cullinan)
There was one Greenland White-fronted Goose and eight Sedge Warblers at the Shannon Airport Lagoon along with 23 Gadwall, 20 Whimbrel, 178 Black-tailed Godwits, 57 Golden Plover, four Water Rails and three Little Egrets. (PC)
Three Whimbrel and six Blackcap were at Lough Giorroga this evening. (John N Murphy) 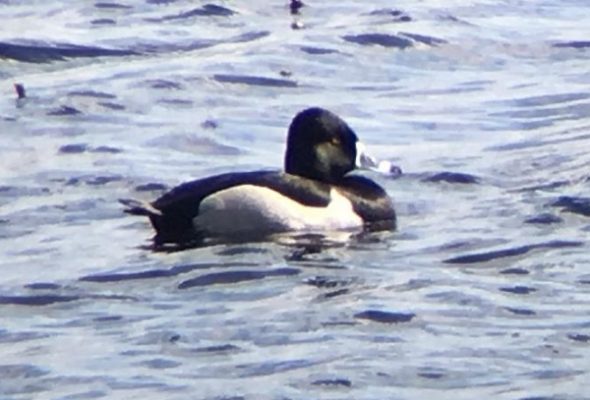 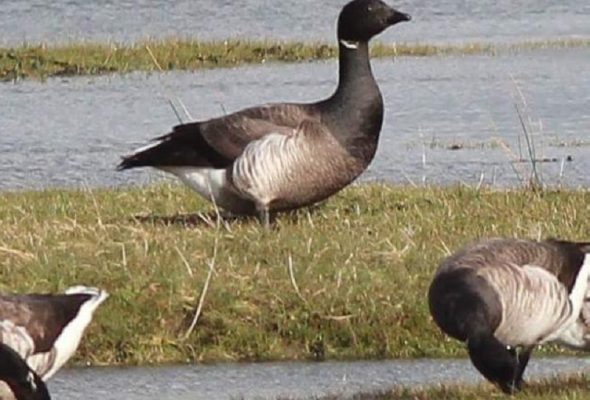 A drake Ringed-necked Duck was at Ballyallia Lake.(Páidí Cullinan, Tom Lynch & Myles Carey)
The Brent Goose with a dark belly was at Bishop’s Quarter. (Jeff Copner)