One adult Greenland White-fronted Goose was with a small flock of Greylags at Cullaunysheeda Lake. (John N Murphy)

One Marsh Harrier and a Peregrine were a Ballycar Lough. (John N Murphy)

One first-winter Glaucous Gull and a Peregrine were at Loop Head.(Páidí Cullinan)
There were 105 Golden Plover, 62 Curlew, 52 Teal, 70 Lapwing and 50 Oystercatcher were at Ross Bay.(PC)
A count of 28 and 40 Teal were at Claughaun Lough, Loop Head.(PC)
There were 20 Brent Geese, 107 Dunlin and a Grey Plover were at Kilcredaun Marsh.(PC)
One 2cy Hen Harrier was at Carrigaholt.(PC)
Crossbills were calling from spruce trees at Kilmurry McMahon. (Cliff Baxter)
One ringtail Hen Harrier was hunting at the lagoon near the iron bridge at Kilbaha.(Dixie Collins)
One Peregrine was hunting at Rynvilla.(DC)

There were 51 Whooper Swan were at Farrihy. (Dixie Collins, John and Gerry Collins, Páidí Cullinan)
One Peregrine was at Baltard Bay (DC, JC, GC & PC)
One juvenile Hen Harrier was at White Strand, Doonbeg.(PC)

There were 51 Whooper Swans at Farrihy.(Dixie Collins)
Over 200 Wigeon were at Lake Atedaun.(Páidí Cullinan)
There were 22 Gadwall and 46 Tufted Duck at Lake Inchiquin.(PC) 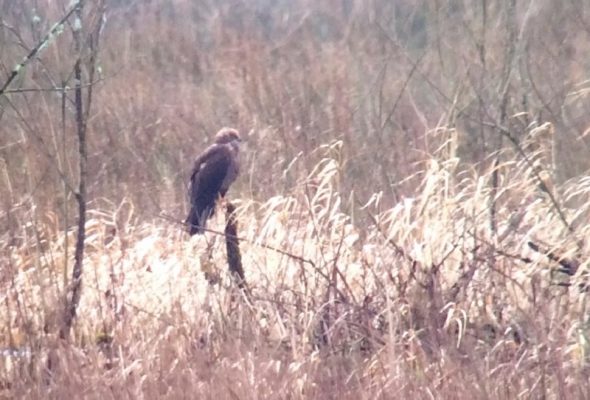 The female Marsh Harrier and one male Ruff were at Ballyallia Lake. (John N Murphy)
One adult male Black Redstart was at Our Lady’s Hospital, Ennis. (JNM)
One Common Sandpiper was at Clarecastle Quay. (JNM)