The Black Redstart and three Chiffchaff were still in Kilbaha along with 55 Golden Plover. (Mark Gibson)
A Buzzard, a Dipper, a Water Rail and six Jay were at Dromore Nature Reserve this morning.(Páidí Cullinan)
Six Jay were at Lees Road Wood where there were also two Song Thrush in full song.(Tom Lynch)

The Black Redstart and two Chiffchaff were still in Kilbaha, while at Ross Bay there was on first-winter Mediterranean Gull, a Purple Sandpiper and one Whimbrel. (Mark Gibson)
Two Common Sandpiper and a Water Rail were at Clarecastle Pier.(Paidi Cullinan)
One female Blackcap was at Ballyallia Lake. (John Deasy)

A Short-eared Owl was seen hunting at dusk this evening near Islandavanna.(Paidi Cullinan)
The Black Redstart and two Chiffchaff were still at Kilbaha.(Mark Gibson)
An adult Mediterranean Gull, 18 Great-crested Grebe, 150 Lapwing and 52 Curlew were at Knock with another 150 Lapwing at Moneypoint.(PC)
A ring-tailed Hen Harrier, five Red-throated Diver and 26 Curlew were at Aylevarroo Bay, Kilrush.(PC)
There were 11 Little Egret, 43 Shelduck, 220 Curlew, 15 Grey Plover, 160 Lapwing and 82 Dunlin at Clonderlaw Bay.(PC)
A Jay was at Vandeleur Gardens.(PC)
A Woodcock was at Caherfeenick, Cree after dark.(Sean Keane)

A Black Redstart was at Kilbaha,along with two Chiffchaff and one Storm Petrel off the Bridges of Ross.(Mark Gibson)
Twelve Jay and a Water Rail were at Dromore Nature Reserve.(Páidí Cullinan)
A ringed Black-headed Gull was at Ballyallia, a white darvic band with black inscription 29H8.(PC)
Three Jay were at Lees Road Wood.(Nuala and Tom Lynch)
A Barn Owl was on the Quin Road, Ennis (Nuala Lynch)

A Buzzard was soaring over Ballyallia Lake today. (Paidi Cullinan) 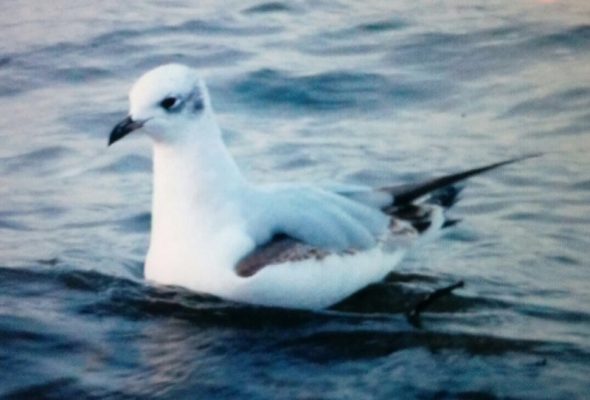 Two Spotted Redshank and nine Mediterranean Gulls were at Corronroo Bay. (Paul Troake)
One first-winter Mediterranean Gull was at the Flaggy Shore. (PT)
One Ruff was at Lough Atedaun. (Geoff Pearson)
There were nine Black-throated Divers between Black Head and The Rine Ballyvaughan. (Paidi Cullinan) 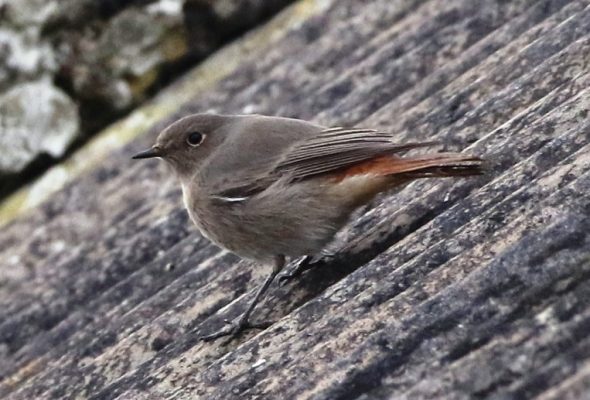 There was one Black Redstart in Kilbaha village along with one Blackcap, four Chiffchaff a late staying Willow Warbler, one Merlin, one male Peregrine and over 400 Herring Gulls. (John N Murphy)
One Long-tailed Duck and two Common Scoter close to shore at the White Strand, Doonbeg. (JNM) 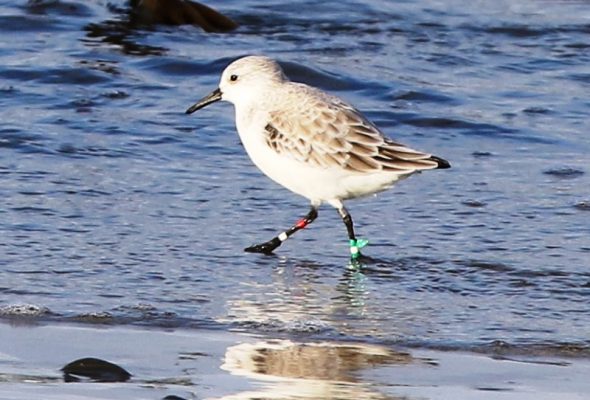 There were three Purple Sandpiper, 120 Turnstone, 33 Sanderling and 40 Ringed Plover at the west end of Kilkee beach. (Dixie Collins)
There were 27 Whooper Swans at Farrihy. (DC)