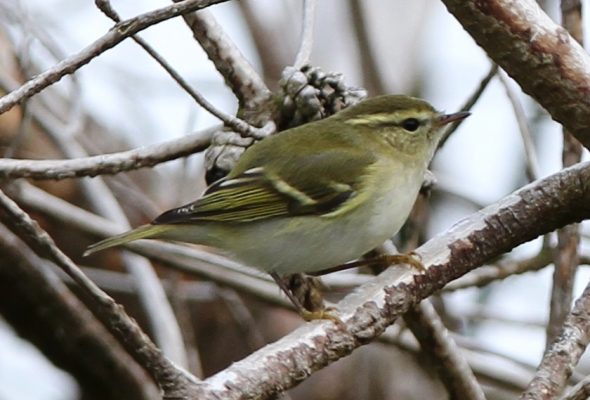 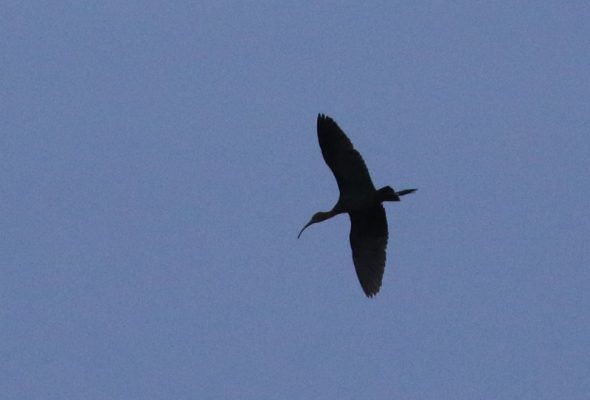 Glossy Ibis late this evening, landing in a field near the graveyard at Kilbaha, Loop Head John N Murphy

At Loop Head and Kilbaha this morning there was one Yellow-browed Warbler, two Lapland Buntings and a Spotted Flycatcher. (Mark Gibson et al)
A family party of four Whooper Swan were at Farrihy Lough.(Des Finnamore et al)

There were two Curlew Sandpipers and one Little Stint at the Shannon Airport Lagoon this evening.(John N Murphy)
Two Common Sandpiper were at Clarecastle Pier.(Páidí Cullinan)

A Snow Bunting and a Wheatear were along the Bog Road at Loop Head.(Páidí Cullinan)
A Chiffchaff, a Kingfisher, a Goldcrest, a Swallow and 20 Rock Dove were in the Gardens at Kilbaha.(PC)
An Arctic Skua, 84 Golden Plover and 27 Snipe were on the Headland.(PC)

Nine Jay were at Dromore Nature Reserve.(Nuala and Tom Lynch)
A Barn Owl was at Doonbeg.(Sean Keane)

Five hundred and ten Kittiwake, 1660 Razorbill, 135 Common Guillemot, 55 Gannet, two Arctic Skua, and a Great Skua were at Black Head this morning.(Paul Troake)
Five Great Skua were at Finvarra, two at Ballyvaughan and another off the Flaggy Shore.(PT)