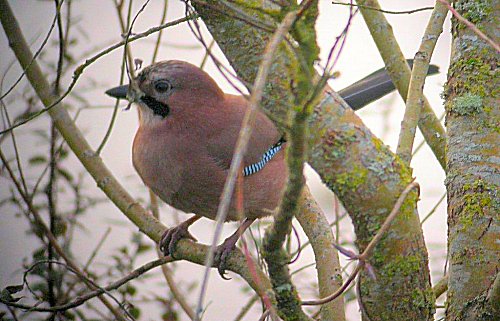 One of two Jays at Willow Park , Ennis Barry Howell
Saturday 30th January 2010
The drake Green-winged Teal was still at Bell Harbour (John N Murphy & Finbarr MacGabhann).
Three Eider ducks (one male & two immatures) were at the Rine, Ballyvaughan along with
110 Brent Geese.
One Spotted Redshank, an adult Mediterannean Gull and one Little Egret were at
Corronroo on the Clare/Galway border.
Two Long-tailed Ducks were off Doorus Pier.
A flock of 52 Whooper Swans, 11 Grelag Geese, 90 Pochard, 120 Tufted Ducks
and 200 Wigeon were at Termon Lough, north of Tubber.
One Jay was seen between Crusheen and Tubber.
Three Woodcock were at Gort Coirce, Dysert.
One Woodcock was at Ballyea, Inagh.
One Jack Snipe was on the Rocky Road, Ennis.
One Peregrine and four Ravens were at Lough Atedaun.
A flock of over 3000 Starling were seen at Hermitage Ennis at dusk. 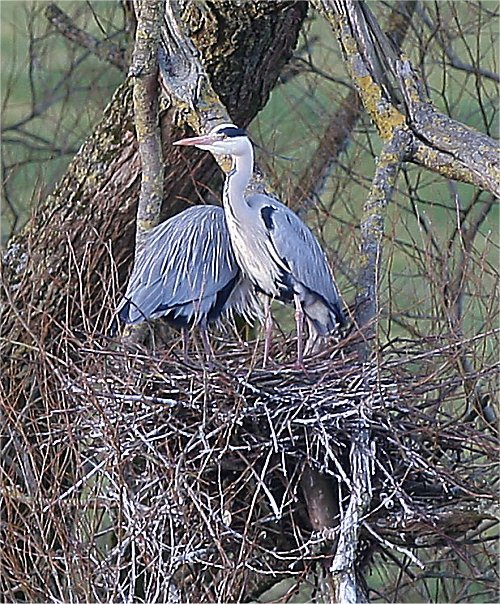 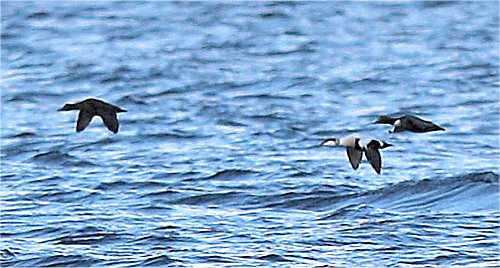 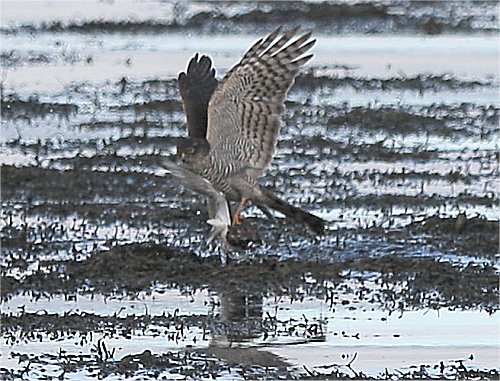 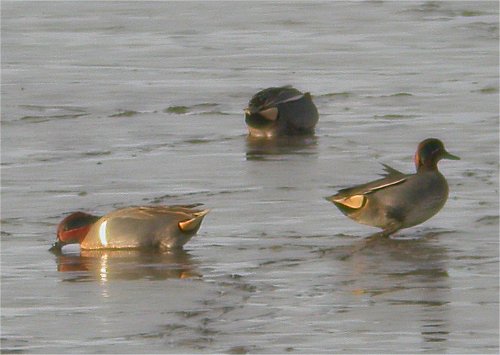 Green-winged Teal at Bell Harbour Barry Howell
Thursday 28th January 2010
There was a flock of 96 Pochard, 120 Tufted Ducks, 23 Whooper Swans and
11 Greylag Geese at termon North, just North of Tubber
on the Clare/Galway border.
A Jay was at Lees Road Wood this afternoon.
Three Greylag Geese and 20 Whooper Swans were at Ballycar Lough.
Two Dippers were at the Claureen River, near Kilmaley.
Wednesday 27th January 2010
The Woodcock was once again at Applewood, Ballycar.
Tuesday 26th  January 2010
One Woodcock was at Applewood, Ballycar.
Monday 25th January 2010
One Little Egret was at Lough Inchiquin.
There were 18 Red-throated Divers at Liscannor Bay.
Four Woodcock were at Gort Coirce, Dysert.
One male and one female Blackcap were in a garden on the Lahinch Road, Ennis.
Sunday 24th January 2010
A female Velvet Scoter was at Finvarra along with 30 Common Scoter,
two Black-throated Divers and one Long-tailed Duck.
A flock of 240 Brent Geese were Lough Murree.
One female Hen Harrier was at Lough Bunny.
There were 23 Whooper Swans, 16 Greylag Geese, one Water Rail and
one male Blackcap at Applewood, Ballycar.
A female Blackcap was at Oak Park Ennis.
Saturday 23rd January 2010
Two female and one male Blackcap were at Oak Park Ennis.
Friday 22nd January 2010
One Red-necked Grebe was off Doorus Pier (Dave McNamara), along with
two Long-tailed Ducks and 30 Great Northern Divers.
There were five Black-throated Divers, two Long-tailed Ducks and 20 Great Norhern
Divers at Finvarra Point.
Four Long-tailed Ducks were off Aughinish Island.
There were eight Woodcock at Clifden Hill.
A flock of 170 Brent Geese were at Lough Murree thre of which were wearing colour rings.
There were two male Blackcaps feeding at a garden at the Flaggy Shore, New Quay.
A female Blackcap was in a garden at Oak Park, Ennis. 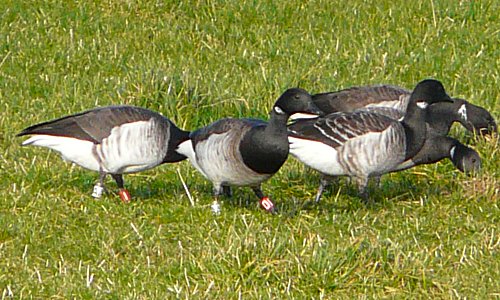 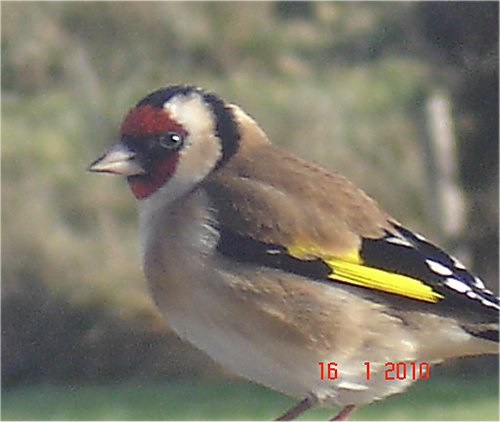 Lots of Goldfinchs are visiting a garden in Sixmilebridge Darragh McDermott aged 10
Saturday 16th January 2010
There was one Spotted Redshank at Clahane, along with two Ravens and hundreds of pipits.
Six Black-throated Divers, five Long-tailed Ducks and three Sandwich Terns were
at Aughinish Island, North Clare.
One Long-tailed Duck was at Lough Inchiquin.
A flock of 150 Sanderling were at Seafield, Quilty of which five were wearing
colour leg band combinations.  Also at Seafield were 80 Purple Sandpipers, 600 Dunlin,
70 Ringed Plover and 200 Turnstones.
One Barn Owl was seen late this afternoon between Quilty and Doonbeg.
The flock of 200 Barnacle Geese were near the White Strand, Doonbeg along with on Peregrine.
A flock of 19 White-fronted Geese and 36 Whooper Swans were at Tullagher Bog. 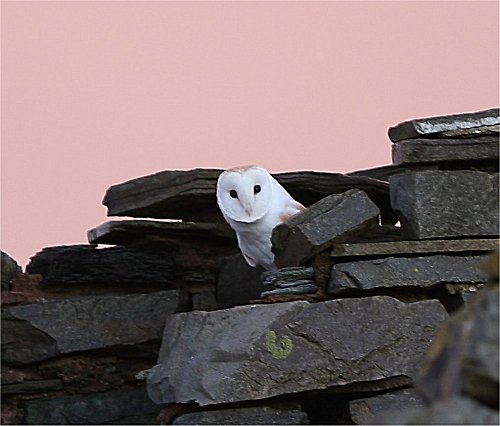 Barn Owl at an undisclosed site in west Clare John N Murphy
Friday 15th January 2010
A Green-winged Teal was at Bellharbour today (Jeff Copner), along with
73 Shellduck and eight Little Grebes.
There was one winter plumaged Curlew Sandpiper and six Black-throated Divers
at the Flaggy Shore, New Quay.
One male and one female Hen Harriers were at Lough Muchanagh along
with 37 Greenland White-fronted Geese.
One female Hen Harrier and 16 Gadwall were at Shannon Airport Lagoon.
One male Blackcap and a Woodcock were at Applewood, Ballycar.
One Little Egret was at Finvarra.
One Long-tailed Duck and 27 Pochard were at Lough Inchiquin.
One Peregrine was at Goleen while just offshore a mixed flock of seabirds
consisting of 100 Gannets were noted.
A flock of 200 Barnacle Geese were at Killard, Doonbeg. 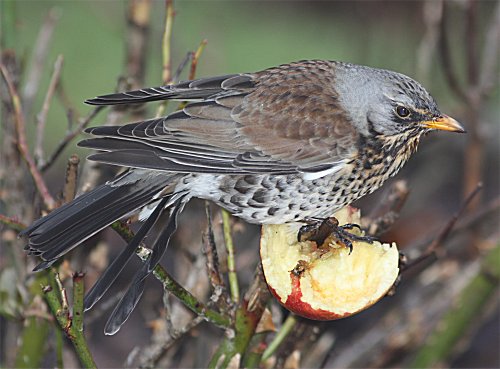 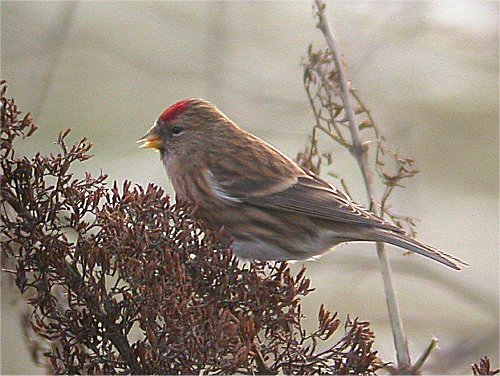 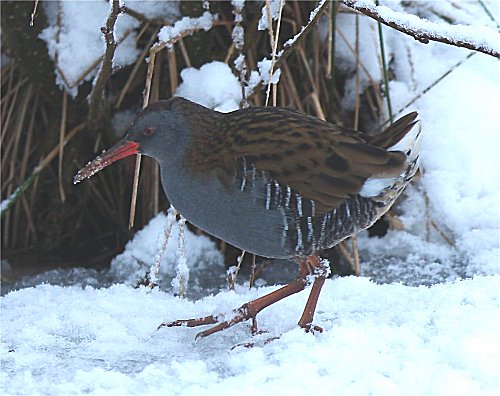 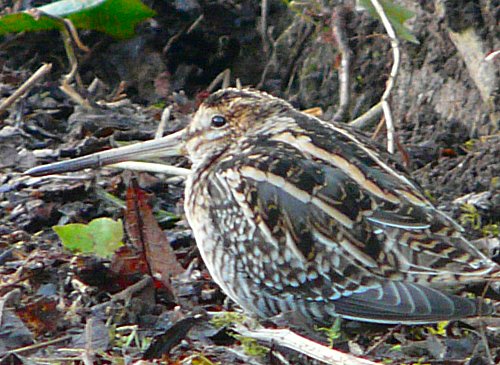 Hundreds of Snipe are foraging in gardens and towns during the cold weather Dave McNamara
Saturday 9th January 2010
One Long-tailed Duck, one female Scaup, 300 Tufted Duck, 110 Gadwall
and 14 Whooper Swans were at Lough Inchiquin.
There were 25 Goldeneye at Lough Atedaun.
One  male Blackcap and two Woodcocks were at Applewood, Ballycar.
A female Blackcap was at Oakleigh Wood Ennis.
There were two Blackcaps in a garden at Oakleigh Wood, Ennis.
There was a flock of 24 Whooper Swans at Ballygireen. 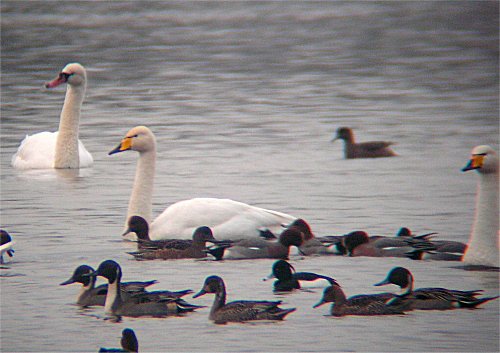 A collection of wildfowl at Lough Atedaun James Hayes
Friday 8th January 2010
One Long-tailed Duck, 107 Little Grebe, 17 Pochard and 80 Gadwall were
at Lough Inchiquin.
Four Woodcock were at Clifden Hill.
A flock of 34 Goldeneye were at Lough Atedaun.
One male Blackcap was at Applewood, Ballycar.
A male and female Blackcap were at Oak Park Ennis.
Over a hundred Pied Wagtail were roosting in Abbey Street car-park Ennis. 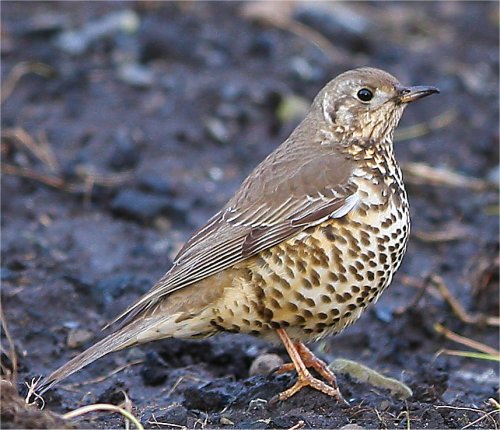 Hugh numbers of thrushes like this Mistle Thrush are starving John N Murphy
Thursday 7th January 2010
One  drake Green-winged Teal was at Lough Atedaun (Dave McNamara), along
with 35 Goldeneye.
There was a flock of 43 Greenland White-fronted Geese at Lough Muchanagh.
One Long-tailed Duck was at Lough Inchiquin alongside 123 Gadwall, 153 Little
Grebes, five Pochard and five Goldeneye.
One Jay was at Clifden Hill.
One Woodcock was at Roxton.
One male Blackcap and up to four Yellowhammers were visiting gardens
at Ballymaley, Barefield.
Wednesday 6th January 2010
There were 76 Gadwall and 332 Tufted Ducks at Lough Inchiquin.
One Jay was at Clifden Hill.
Two Woodcock were at Roxton, Corofin.
A flock of 24 Goldeneye were at Lough Atedaun.
One Peregrine was at Clahane.
There were two Red Grouse at Mount Calllan.
A male and two female Blackcap were in Oak Park, Ennis. 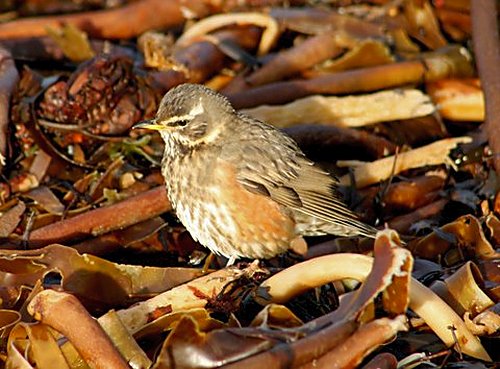 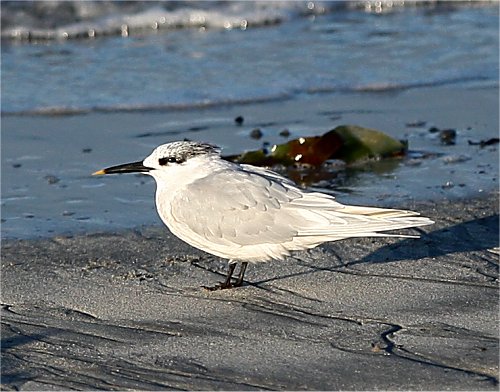 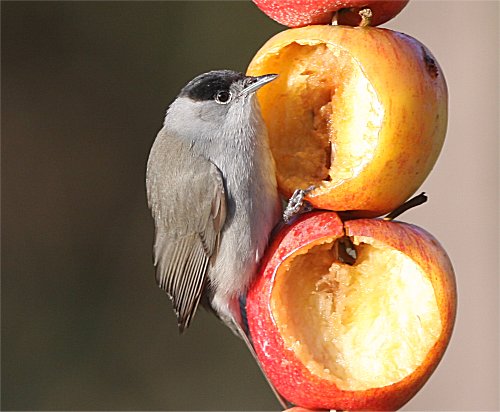 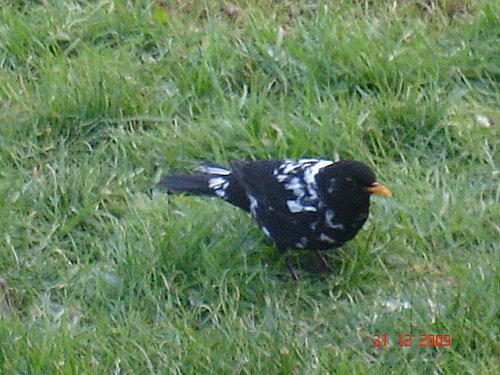