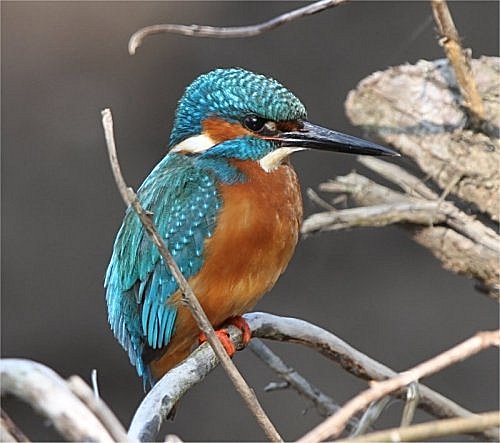 Kingfisher © John N Murphy
Friday 25th March 2011
One Crossbill was at Gort Coirce, Corofin.
The first Swallow was seen near Kilneagh with two Sandmartins.
Two Kingfishers were at a river near Quin. 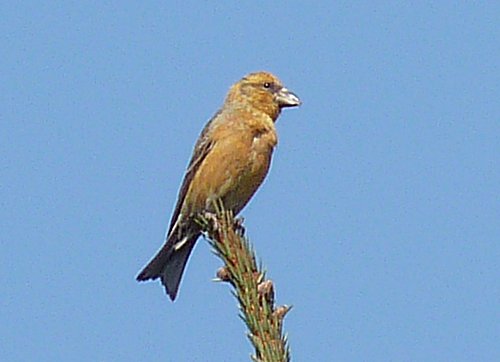 Crossbill at Gort Coirce © Dave McNamara
Thursday 24th March 2011
One adult Ring-billed Gull was at Clarecastle Quay (Finbarr MacGabhann).
There were 20 Sandmartins on the River Fergus in the middle of Ennis.
Wednesday 23rd March 2011
Chiffchaffs were heard singing today at Ennis, Clarecastle, Shannon, The Honk, Applewood, Ballycar, Newmarket-on-Fergus and many more locations throughout the county. 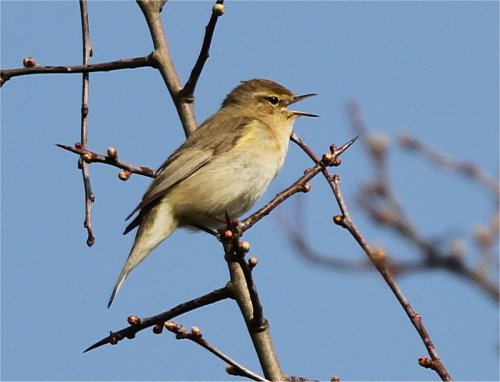 Chiffchaff singing at Applewood, Ballycar © John N Murphy
Tuesday 22nd March 2011
The first year male Surf Scoter was off Finvarra Point (Paul Traoke).
Also off North Clare there were 25 Black-throated Divers, 120 Great Northern Divers and 19 Long-tailed Ducks.
Two Whimbrel and four Great Northern Divers were at Seafield, Quilty.
Puffins have returned to the Cliffs of Moher this morning.
One Merlin was seen flying over the Cooraclare River at Shragh.
A flock of 27 Whooper Swans flew over Querrin this evening.
One Little Egret and two Ravens were at Moyasta.
Monday 21st March 2011
There were three Ring-billed Gulls (two adult summers and one adult winter) at Clarecastle Quay this afternoon, along with one singing Chiffchaff, two Sandmartins and one Raven.
One first-winter Iceland Gull was at Clahane.
One Little Egret was on the stream near Ballygriffey Castle.
One Chiffchaff was singing at Lough Gash.
One Dipper was at Kilfenora.
A Raven was at Lees Road Wood. 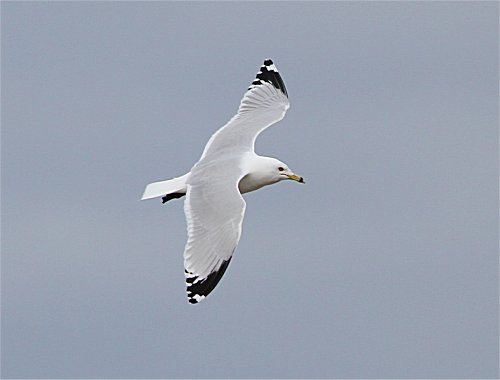 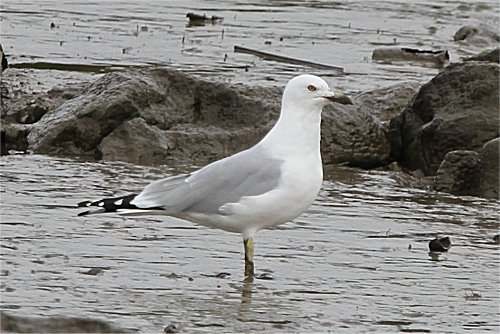 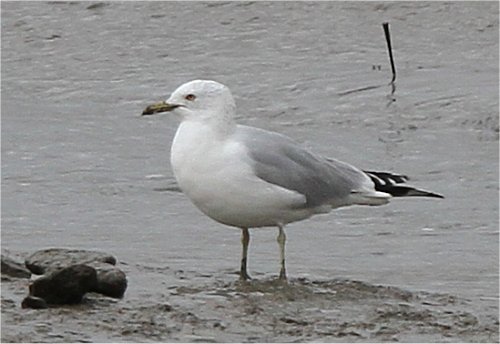 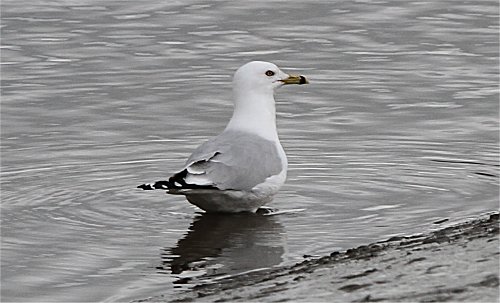 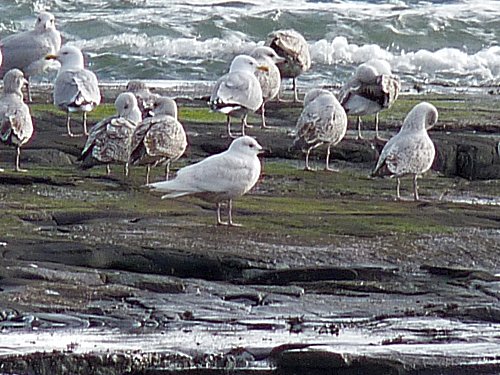 Thursday 17th March 2011
There were 29 Black-throated Divers off Black Head.

Two Wheatears and 11 Chough were on the cliff drive west of Kilkee.
Twenty Sand Martins were at Athlunkard/Shannon Banks.
A flock of 70 Whooper Swans were at Ballygireen, Newmarket-on-Fergus.
Wednesday 16th March 2011
The 2nd year Surf Scoter was at Gleninagh castle, North Clare again today (Jeff Copner).
There were four Wheatears at Chimney Bay, Kilkee.

A count of 50 Black-throated Divers, 50 Great Northern Divers, 30 Red-breasted Mergansers, 40 Common Scoter and 30 Brent Geese were had between Black Head and Ballyvaughan.
A flock of 56 Whooper Swans were at Ballygireen.
One Chiffchaff was singing at Carrigoran, Newmarket-on-Fergus.
A Merlin was at Furglans between Inagh and Ennistymon.
A male Blackcap was seen at a peanut feeder at New Road Ennis this morning.
Monday 14th March 2011
The two Goosanders were still at Roo Lough (John N Murphy & Brian Finnegan).
At nearby Lough Muchanagh there were 36 White-fronted Geese and a small group of
six Pink-footed Geese.
One female Hen Harrier was at Ballyporty, Corofin.
A flock of 14 Goldeneye were at Lough Bunny.
Ten Sand Martins were at Ballyallia Lake with one Little Egret and three Whooper Swans at Drumcliff.
There were two Peregrines at Lough Atedaun.
A flock of 50 Rock Doves were at New Quay.
Sunday 13th March 2011
Two Goosanders were at Roo Lough (Jeff Copner).
The first Spring migrants of the year were a small flock of 12 Sand Martin  seen over Ballyallia Lake this evening.
A small flock of six Yellowhammers were at Mullaghmore in the Burren.
Saturday 12th March 2011
The female redhead Smew was still at Lough Bunny (Jeff Copner).
The two female/immature Goosanders were at Roo Lough (Dave McNamara).
Friday 11th March 2011
A female redhead Smew was at Lough Bunny (Dave McNamara).
Two immature/female Goosanders were at Roo Lough, north of Tubber (Dave McNamara).
There were 30 Black-throated Divers off Finvarra Point.
A flock of 43 Pochard were at Lough Murree.
Over 100 Barnacle Geese were on Illaunonearaun.
One Little Egret was at Clareabbey, Ennis.
One Little Egret was at Moyasta.
Thursday 10th March 2011
The GOLDEN EAGLE was see again at Kilbane, Broadford (David Lyons).
A flock of 90 Barnacle Geese were at Illaunonearaun.
Two Little Egrets were at Blackwier Bridge, Poulnasherry.
Wednesday 9th March 2011
The WATER PIPIT was at Clahane (Jeff Copner), along with the colour ringed Redshank.
The Tufted x Ring-necked Duck hybrid was still at Lough Inchiquin.
Two Dippers were seen once more at Moananagh Cross between Inagh and Ennistymon.
A flock of 90 Pochard were on a small Turlough, just North of Tubber on the Clare/Galway border.
Tuesday 8th March 2011
Two Dippers were between Inagh and the Falls, Ennistymon.
Two Woodcock were at Roxton, Corofin.
One Peregrine was at Cregg Beach, Lahinch.
Monday 7th March 2011
There were two Water Rails and two Greylag Geese at Ballycar Lough, Newmarket-on-Fergus.
Sunday 6th March 2011
The WATER PIPIT and two Chough were at Clahane (Dave McNamara).
One Dipper was at Ballynacarghan Bridge, Kilfenora.
One Water Rail was at Ballycar Lough, Newmarket-on-Fergus.
Saturday 5th March 2011
One  immature Iceland Gull was at Kilbaha.
Friday 4th March 2011
There was one male and one female Surf Scoter at Doughmore Bay today (Jeff Copner), along with 16 Great Northern Divers,
two Red-throated Divers and four Black Guillemots.
One ring-tailed Hen Harrier was between Cross and Kilbaha.
A flock of 60 Golden Plover were at the Skivileen River.
Thursday 3rd March 2011
The WATER PIPIT was still at Clahane (John N Murphy).
Between Black Head and Ballyvaughan there was one 2nd year Surf Scoter (John N Murphy), along with 57 Black-throated Divers, 116 Great Northern Divers, three Red-throated Divers, 12 Gannets, 340 Razorbills, 106 Common Scoter, 47 Red-breasted Mergansers, 28 Brent Geese and one Little Egret.
A small flock of 14 Barnacle Geese were on Mutton Island.
A group of 27 Brent Geese were at Quilty Beach.
Tweet
Leave a comment