At Lough Donnell today there was one Spotted Redshank, 250 Golden plover, 50 plus Redshanks, four Knot, 50 plus Lapwing, 100 Teal and 30 Wigeon. 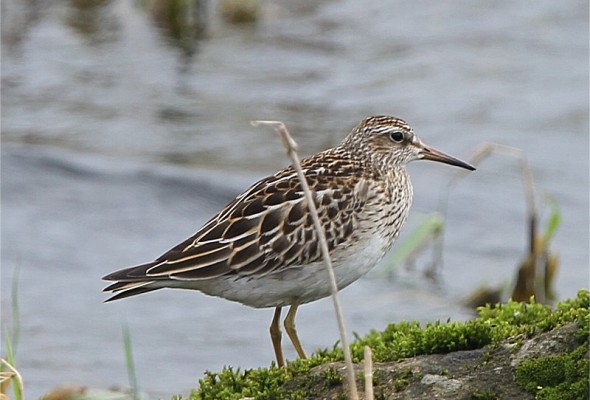 The two Pectoral Sandpipers were still at Lough Atedaun today (John N Murphy). Also at Atedaun were the firat Redwings of the year here in Clare with ten seen feeding on hawthorns next to the lake.
One Merlin and one Wheatear were at Clahane.
One male Merlin, two Chough and 180 Golden Plover were at Ennistymon Marsh.
There were 25 Redwings and 16 Fieldfares at Applewood, Ballycar this evening. 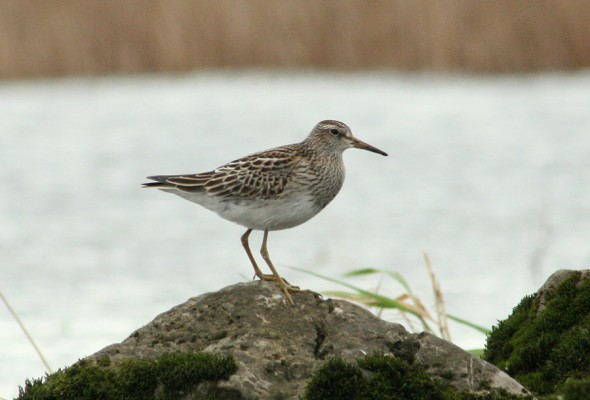 One small unidentified Crake was flushed on the east side of Kilcredaun Marsh (John N Murphy & Briann Finnegan). Also at Kilcredaun were two Water Rails, one Little Egret and 40 Curlew.
The two Pectoral Sandpipers were at Lough Atedaun again today (Dave McNamara & Jeff Copner).
One Snow Bunting, an immature Merlin, one Willow Warbler and 26 Snipe were at Loop Head.
One first-winter Mediterranean Gull was at Kilkee.
A flock of 140 Golden Plover were at Doonbeg.
Two Ruffs were at Lough Donnell. 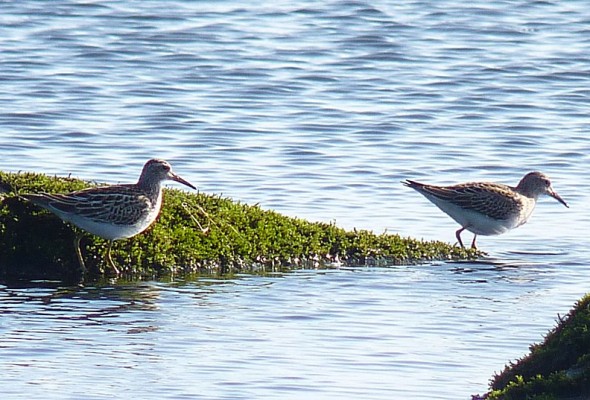 One immature Blue-winged Teal was at Shannon Airport Lagoon (John N Murphy), along with eight Little Egrets, 22 Whoopers Swans, 64 Lapwing, ten Gadwall, 28 Wigeon, one male Hen Harrier and three Water Rails.
There were two Pectoral Sandpipers at Lough Atedaun (Dave McNamara). There were also two Ruff, ten Black-tailed Godwits and seven Whooper Swans at Atedaun.
A flock of 1,000 Golden Plovers were at Drumgeely Point, Shannon Town.
Two Whooper Swans were at Lough Inchiquin.
There were 11 Whoopers heading west over Aughinish Bay this morning.
Ten Little Egrets and 17 Red-breasted Mergansers were at the Aughinish Martello tower lagoon.
A group of 12 Gadwall were at the small pond near Mauricemills.
One Jay and one Tree Sparrow were near Dysert.
There were two Little Egrets and 300 Golden Plovers at Querrin Creek.
One Wheatear was at Doughmore Beach. 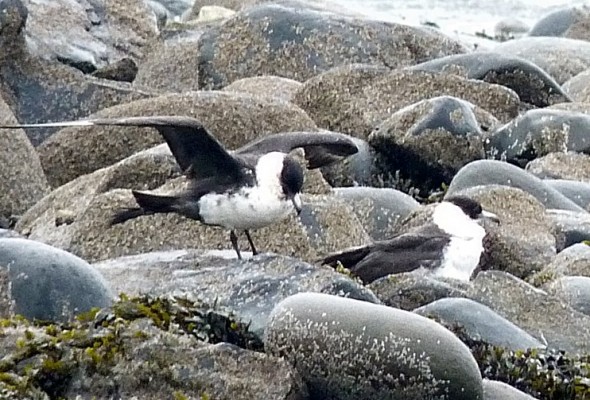 One Snow Bunting and 3 Great Northern Divers at Seafield.
There were two Pomarine Skuas, one Great Northern Diver and one Red-throated Diver off Liscannor Pier.
Two Chough and three Wheatears were at Clahane.
One Jay, six Whooper Swans and two Gadwall were at Lough Inchiquin. 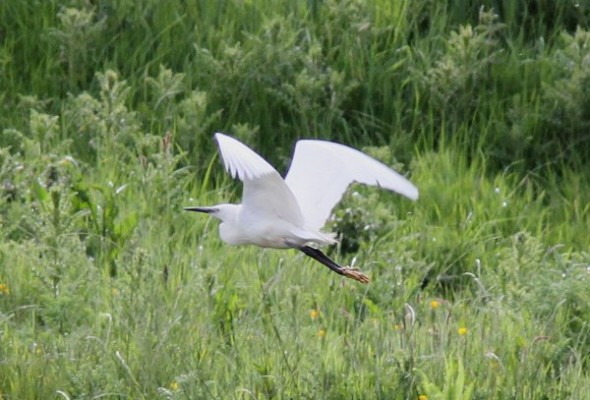 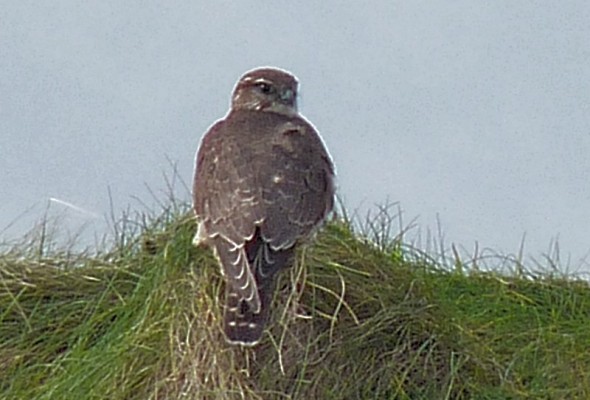 At Loop Head today there was one immature Merlin at the Lighthouse, one Chiffchaff was in the Gardens at Kilbaha, two Pomarine Skuas and 3 Barnalce Geese were in Kilbaha bay along with ten Arctic Terns.
Two Ruff were at Lough Donnell.
One Ruff, 200 Wigeon and 100 Golden Plover were at Lough Atedaun. 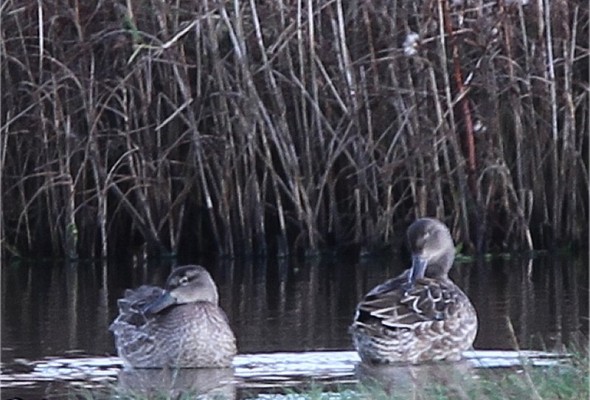 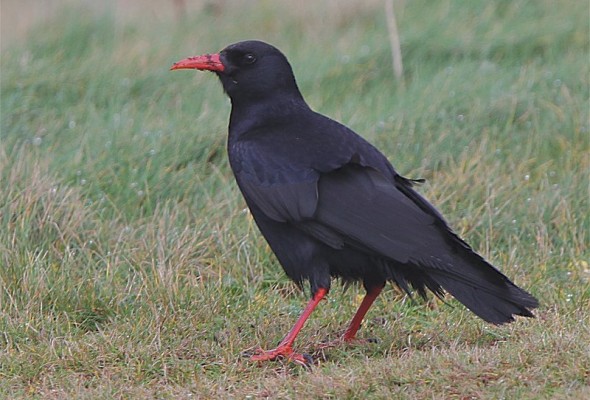 Chough near the tip of Loop Head © John N Murphy

At Loop Head today there were three Pomarine Skuas (one off the head & two in the Kilbaha Bay). There were also two Lapland Buntings, one Snow Bunting, one male Blackcap, two Wheatears,22 Skylarks, 200 Meadow Pipits, 40 Rock Doves,30 Chough, 34 Golden Plovers, one Red-throated Diver and a mixed flock of 300 Rooks and Jackdaws flying around the lighthouse.
Five Snow Buntings, one Wheatear and six Chough were at Baltard Bay.
Two Great Northern Divers ,two Peregrines, 32 Bar tailed-Godwits, four Whimbrels, 18 Sanderling and two Wheatears were at Seafield.
Three Brent Geese and 180 Lapwings were at Lough Donnell.
One Peregrine was at Querrin Creek.
Three Swallows were at Blackweir, Poulnasherry.
One Dipper was on the Claureen River.