One female/immature Marsh Harrier was at Ballyallia Lake (Paul Troake), along with 24 Gadwall, 62 Shoveler, 610 Wigeon, 370 Teal, 60 Pintail, a Black-tailed Godwit, 3 White-fronts and 84 Whooper Swans (including 24 near Drumcliff).

The Tundra Bean Goose and three Pink-footed Geese were still at Sandfield, Liscannor (Dave McNamara).
A male Hen Harrier was seen over Kilnaboy village.
Six Woodcock were at Clifden Hill, Corofin.
There were 90 Barnacle Geese at the White Strand, Kilkee.
One Long-tailed Duck was at Ardclooney.
One Little Egret was at Clareabbey, Clarecastle.

The Crane was seen again this afternoon near Athlacca (Tom Tarpey).
One Little Egret was at the Coonagh Settlement Ponds.

The Common Crane was still at Athlacca (John Meade). 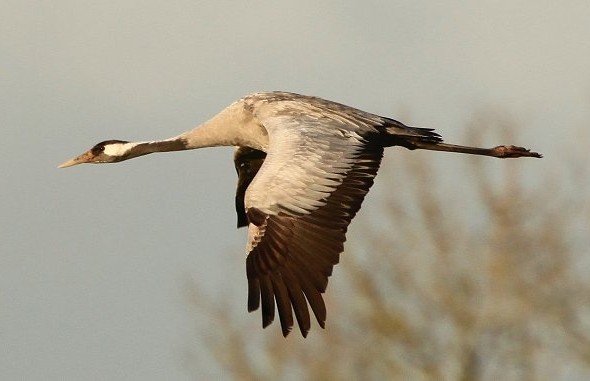 The Crane was present again today along with the Whooper Swans near Athlacca (Mike Flanagan,Mike Sheehy,Tom Tarpey).
Two Blackcaps were present in a garden in Raheen. 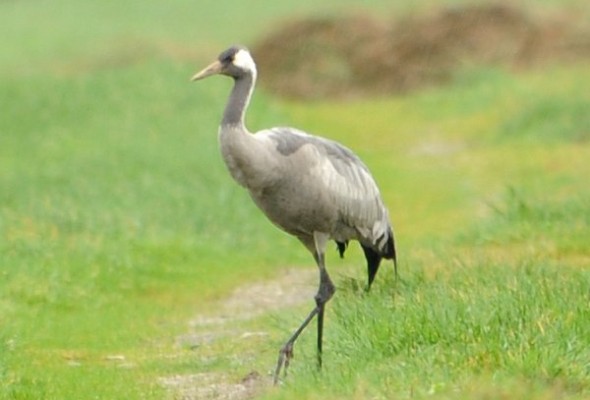 A adult Crane was found with the Whooper Swan flock (26 birds) on the Morning Star basin near Athlacca (Mike Sheehy, Mike Flanagan, Geoff Hunt & Maura Turner). The is the second record for Limerick in modern times, the first being at the Charleville Lagoons in 2000. Prior to that the bird was known to be present in the county only from archaeological records from Lough Gur.
A Scaup and two Greylag Geese were seen at Lough Gur.
86 Pochard, 75 Tufted Duck, 11 Wigeon, nine Mallard, nine Teal, 350 Lapwing, three Snipe, 197 Coot, three Little Grebes and two Mute Swans were at Coonagh.

One adult Mediterranean Gull, a fully albino Black-headed Gull and a colour ringed Common Gull (yelllow ring black letters 268V), were at Foynes this morning.
One first-winter Mediterranean Gull was at Glin.
One Merlin was near Athea.

There were two Crossbills, one female Hen Harrier and two Ravens near Athea.
One Merlin was at Aughinish.
One Little Egret was on the River Maigue at Adare.

The female Marsh Harrier was back at Lough Atedaun, Corofin.
Two Goldeneye and 32 White-fronted Geese were at Lough Muchanagh.
One first-winter Glaucous Gull was at Spanish Point.

A Barn Owl was seen near Kilfinane.
A Little Egret was seen at Castlemahon.